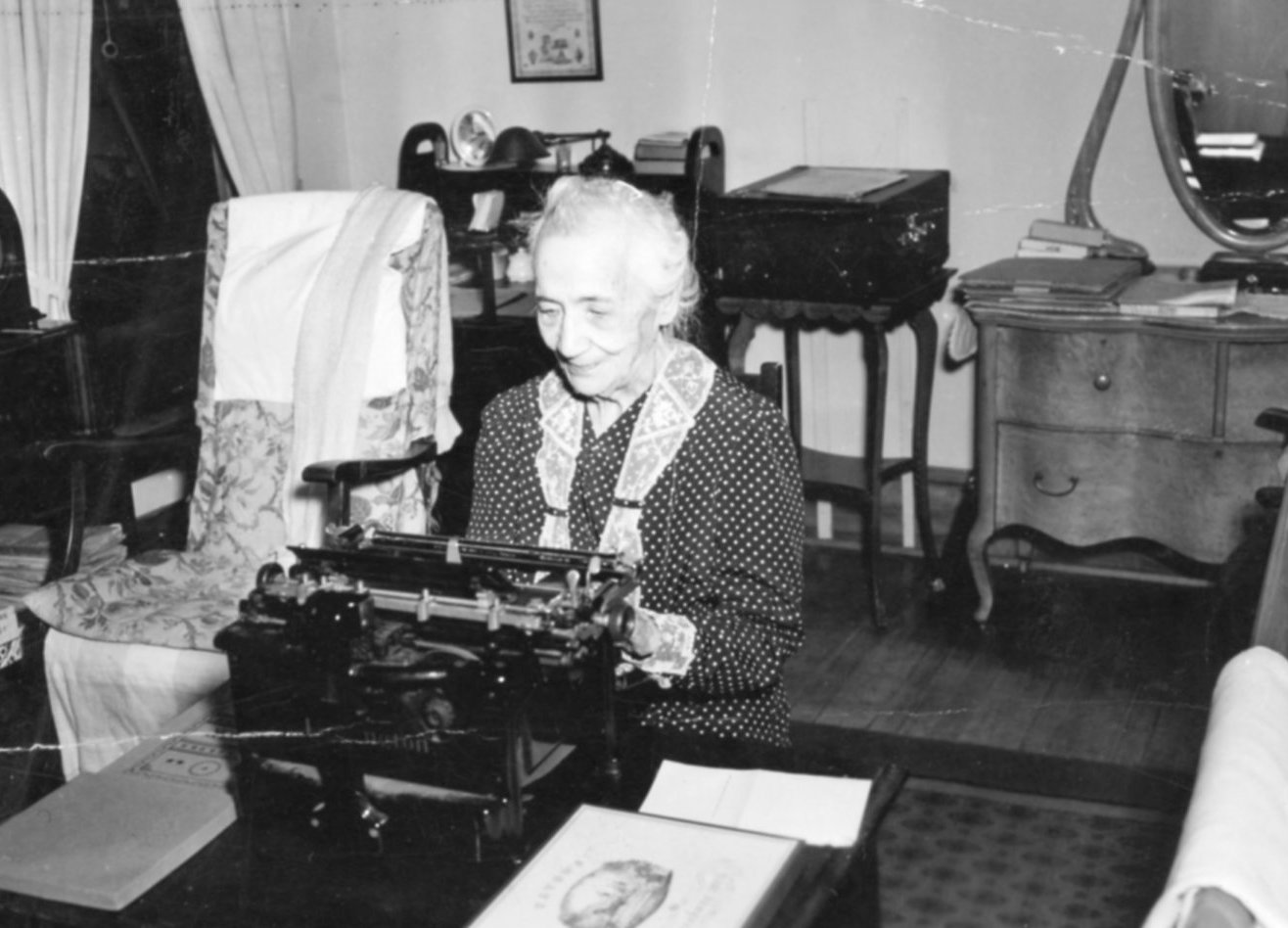 Over the past five years, I have attempted to reflect Women’s History Month by researching the lives of some of the “lesser known” women of Manistee’s past – women whose names were not not as locally known as people like the Ramsdells or the Filers are today.

As the museum is filled with photo after photo of people we don’t know much about – but who are part of the county’s history – I thought it might be interesting to pick a random album or folder , leafing through it and with my index finger landed on the first photograph of a woman he wanted and attempted to write an article about that woman using the museum’s various research resources.


So with that in mind, I’m continuing the same process once again this year. For this second article in the sixth volume of the series, I have chosen a file from the museum’s collection called “Vault Files – L” and have chosen a photograph by Clara Preston Lines.

There are times when trying to gather various information about someone’s life can be a difficult task as the amount of information that can be found about said person is often shallow. However, there are times (although they are rare) where the story essentially writes itself. This is the case when we tell the life of Lines.

Born in Cascade, Sheboygan County, Wisconsin on November 7, 1855, Clara Preston came to Michigan when she was 9 years old.

Growing up in St. Joseph, she would eventually marry a jeweler, Mr. Smith and together they moved to Manistee County in 1877. With this, the couple settled in the Onekama area and began to raise a family. However, shortly after their son was born, Smith passed away.

Over the years, Clara will find work as a teacher at Onekama, a job she will practice for 30 years.

In 1909, Carrie Filer, the widow of wealthy lumberjack Delos W. Filer, died. A stipulation in her will allowed her home, the DW Filer Mansion (formerly located at 453 Cedar St., in the town of Manistee) to become The Carrie Filer Home for Aged Women, a residence and apartment complex for women elderly. In 1927 Clara became a resident of the Carrie Filer Home and continued to reside there for over 20 years.

While researching information about her life, I came across the following article, published in the Manistee News Advocate on January 9, 1947, which tells the story of Clara when she was a few months away from her 91st year.

The article is in turn humorous and inspirational while providing insight into the life of an individual that illustrates the adage “you are never too old to learn something new”. Parts of this original article, which also includes how Clara Smith became Clara Lines, follow:

“The photo above (which is the same photo shown with this column) is more than a study of an elderly lady. It is a portrait of an unusual and individual achievement in the person of Mrs. Clara Preston Lines, 91, who learned to type after losing his sight.

“The photo was taken recently at the Carrie Filer Home for Women where Ms Lines is a resident and although she appears to be staring at her keyboard, the typing operation is done entirely by touch. Her eyesight began to decline five years ago and on June 14, 1943, Mrs. Lines touched the keyboard of a typewriter for the first time. She received instructions from Mrs. John Bell, a former instructor at a local trade college and also a resident of the house. She wrote his first letter, to a niece, two months later.

“Laughing to herself in a recent interview, she recounted a funny mistake that happened in one of her letters. Wishing to repeat a remark from her instructor that she was doing sighted students as well after two months, her typed sentence went as follows:

“Ms. Lines explained that her fingers missed a row of keys while spelling out the word two and hit numbers instead.

“This year, she sent 125 Christmas greetings with a note in most of them, and even learned how to properly address the envelopes. Her Christmas was memorable, with Mrs Lines receiving enough cards to fill a basket, flowers, sweets and many other gifts.

“…Mr. Smith died when their son was still a baby and she was widowed for 33 years. During this time she also lost her son who died in an accident in Detroit while he was 21. raised to $25 a month in the second term.She taught school in the county for nearly 30 years, except for a short stint in a western state.

“On September 14, 1910, she married Franklin Lines who served the Onekama and Eastlake Congregational Church as pastor. She has resided at the Carrie Filer Home since August 19, 1927, and is considered the oldest lady.

“To do her part in the recent war, she used her teacher’s pension money to buy war bonds for nieces and nephews who were in the service.

“Although she may not be able to read like sighted people, Ms. Lines enjoys the ‘best literature in the world’ through talking books played to her as a recording on a fine record machine. She has read the whole Bible this way and always has a new book on hand, volumes being obtained free from the Library of Congress.

“She keeps abreast of events and personalities through her armchair radio and not a week goes by that former students, their wives and husbands and children, and other friends, don’t come to see her. The number of visitors testifies to his love of teaching and explains his remark that “the classroom was a home for me”.

Lines died on October 21, 1950 at the age of 95 and was buried in the cemetery of the village of Onekama.