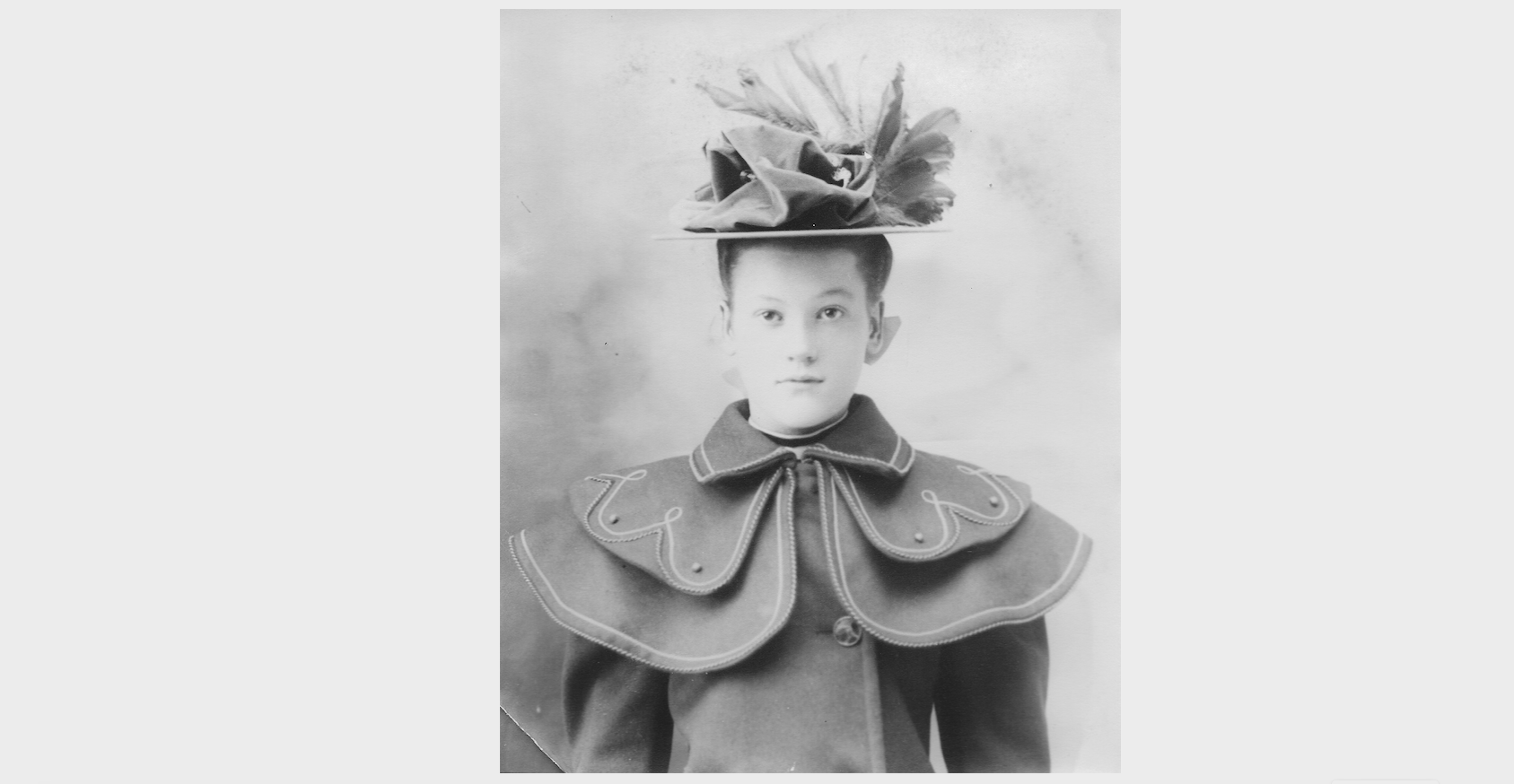 Who is the Matilda Nelson on file at the Manistee Historical Museum?

Over the past five years, I have attempted to reflect Women’s History Month by researching the lives of some of the “lesser known” women of Manistee’s past – women whose names were not not as locally known as people like the Ramsdells or the Filers are today.

As the museum is filled with photo after photo of people we don’t know much about – but who are part of the county’s history – I thought it might be interesting to pick a random album or folder , leafing through it and with my index finger landed on the first photograph of a woman he wanted and attempted to write an article about that woman using the museum’s various research resources.

So with that in mind, I’m continuing the same process once again this year. For this first article in the sixth volume of the series, I have chosen a file from the museum’s collection called “Vault Files – N” and have chosen a photograph of Matilda Nelson.

Whenever one attempts to search for a person, it often helps if said person’s last name is a little less common. Many times this will essentially provide a faster and easier search.

To this end, when a visitor enters the museum and wishes to carry out a search in our genealogical files, I will of course ask him what is the name of the person he is looking for. Most of the time the name can be found without much hassle, but there are times when the searcher responds with something like “John Smith”.

After hearing that name – or something equally trivial – I try to keep my composure, but if a thought bubble should, by any chance, slip out of my mind, it would probably illustrate me trying to bury my head in my hands.

Anyway, something similar happened to me last week when I was trying to find someone to write about for this particular series of articles. When I picked out the aforementioned photo of Matilda Nelson and read her handwritten name and the year 1899 on the back of the photo, my line of thought was, “Even though her surname is somewhat common in Manistee , that shouldn’t be too difficult.” Of course, that led me to our genealogy files where I encountered not one, not two, but three different Matilda Nelsons.

Making finding Matilda Nelson information from the photo a little more difficult is the spelling of the first name, as it is often spelled Matilda or Mathilda and there are times when the names are documented incorrectly, which leads to further confusion.

Although a theory – but not an exact confirmation – can be formed as to who Matilda Nelson is in the attached photo, I will list each Matilda Nelson’s information found in museum records and explain said possible theory.

Matilda Nelson #1 – Dated 1899, the attached photo shows what appears to be a teenage Matilda Nelson with the surname “Nelson” being her maiden name as she probably had not been married at the time the photo was taken. Additionally, a map showing cemetery information shows that a Matilda Nelson was buried at Oak Grove Cemetery in 1951. Along with the date of her death, October 27, 1951, the headstone also lists her date of birth , April 28, 1886. with his age as being about 13 at the time the photo was taken.

Further information on a Miss Matilda Nelson can be found in a December 1914 issue of the Manistee News Advocate. The brief mention is as follows:

The only other reference to a Miss Matilda Nelson found in the museum’s archives is a very brief obituary published in the News Advocate on November 2, 1951:

“Mr. and Mrs. AM Hanson, 341 Fourth St., have learned of the passing of Miss Matilda Nelson of Baltimore, Maryland. Miss Nelson was a former resident of Manistee and taught kindergarten here…had recently been employed at Johns Hospital Hopkins of Baltimore Internment will be at Oak Grove Cemetery.

So, considering that this Matilda Nelson was never married, she should probably be the Matilda Nelson in the picture because her name apparently never changed and in her obituary she was still referred to as Miss.

Mathilda Nelson #2 – Records show that the second Mathilda Nelson (maiden name Peterson) was born in Sweden in 1863 and came to the United States when she was 12 years old. She married Nicholas Nelson and resided in Ludington for several decades. In 1931 she moved from Ludington to Manistee and settled with her son at 309 Third St. where she died aged 90. She was later interred in Lakeview Cemetery in Ludington. At the time of her death, she was survived by three daughters, three sons, 14 grandchildren and 26 great-grandchildren.

Although she may not be the Matilda Nelson pictured, she has an interesting connection to the first Matilda Nelson mentioned in this article in that she died on October 25, 1951, just two days before the death of Matilda Nelson #1. .

Mathilda Nelson #3 – The third Matilda Nelson was also born in Sweden and came to Manistee in 1904. Listed as the wife of George Nelson, she was a homemaker and was a member of the Mission Covenant Church and the church Ladies Aid Society. She died at the age of 60 on January 29, 1943 at her home at 320 River St.

With the third Matilda Nelson not arriving in Manistee until 1904, the timeline of when the photo was taken does not match, causing her to fall out of the running as Matilda Nelson.

Mark Fedder is the executive director of the Manistee County Historical Museum. He can be reached by email at [email protected], or by phone at 231-723-5531.