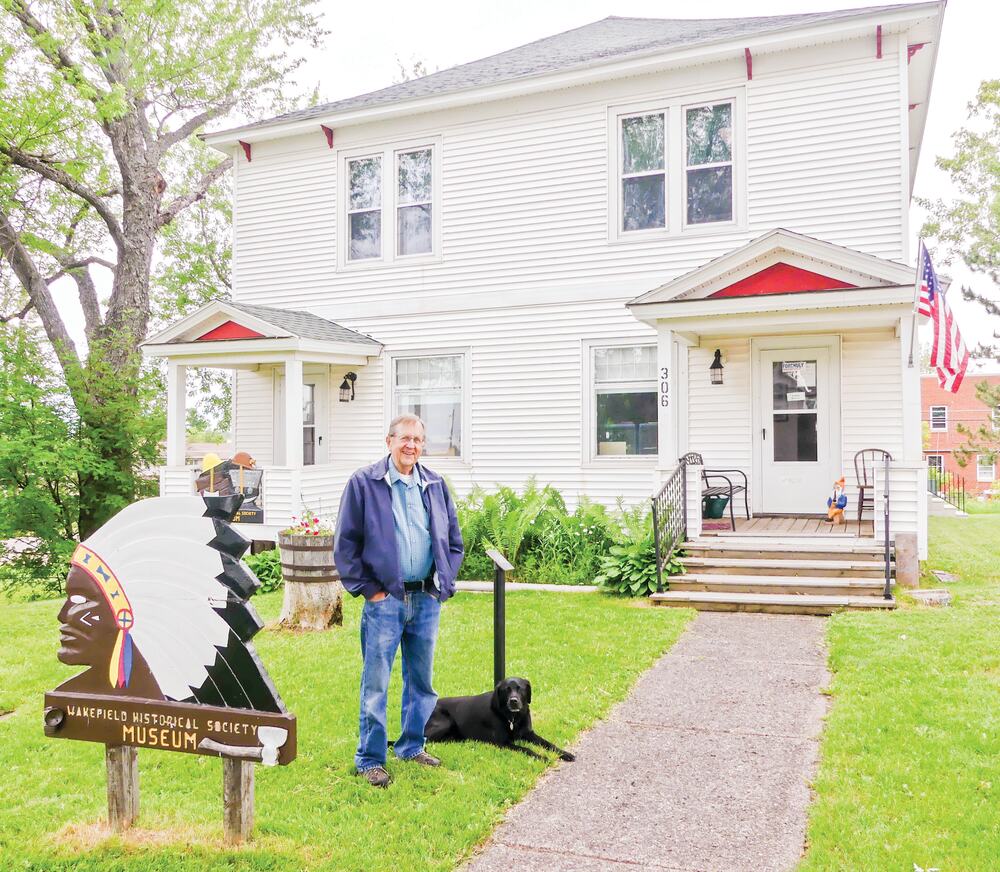 Wakefield – Members of the Wakefield Historical Society Museum opened their doors on Tuesday with a quiet open house to kick off the summer season.

Museum docent Bernie Ylkanen hosted the “Forchuly” event with his dog, Nisu, who was happy to meet new friends.

Ylkanen said it’s likely other museum staff will be there most of the day as the parade, which draws large crowds, will pass right by the site.

“I just started last summer,” Ylkanen said of her new role at the museum. He is a native of Wakefield although he now lives at Lake Gogebic.

Ylkanen gladly arranged a tour of the two-story museum, which includes at least ten rooms loaded with historical artifacts.

There are several military uniforms, as well as a huge plate of American service members who also belonged to the former First Lutheran Church (now All-Saints Lutheran Church).

Yearbooks are on sale and many old children’s toys are on display, including “Mr. Potato Head” and tiny baking dishes and pans. There are also many games such as Chinese Checkers, Parchesi and Pin the Tail on the Donkey.

Ylkanen pointed to a 1925 photo of Eddy Park hanging on the first floor wall. It shows the old park pavilion with a large stack next to the beach.

“It’s either iron ore or waste rock from the Chicago mine,” Ylkanen said, “which shows there wasn’t much concern for the environment at the time.”

In fact, he said he remembers when he was a kid the waves “beat” the iron ore in the water, creating an orange-y hue.

The photo also shows ore wagons on the train tracks, which appear to have rolled right by the lake.

In contrast, said Ylkanen, today’s park has a totally different look with a strong emphasis on aesthetics and recreational enjoyment.

The museum’s “medical room” includes photos of various local doctors over the decades. The room also includes vintage equipment such as a large wheelchair, crutches, a stretcher, a ceramic bedpan and colorful bottles that once held medicine.

A showcase shows the receipts of the popular cooperative which operated until the middle of the 20th century. Ylkanen pointed to a 1938 invoice from his uncle Bill, who had deposited a dollar on his purchase.

A huge horse on display upstairs was used in a Wakefield Centenary float. In 1887 Wakefield was incorporated first as a village and then as a town in 1919.

The museum also has logging equipment and related books, vintage office equipment, and a photo exhibit of the 2002 Wakefield flood.

“We have a new item: a Keurig coffee maker,” Ylkanen joked. “I made myself a cup of hot chocolate. I may have been the first person to use it.”