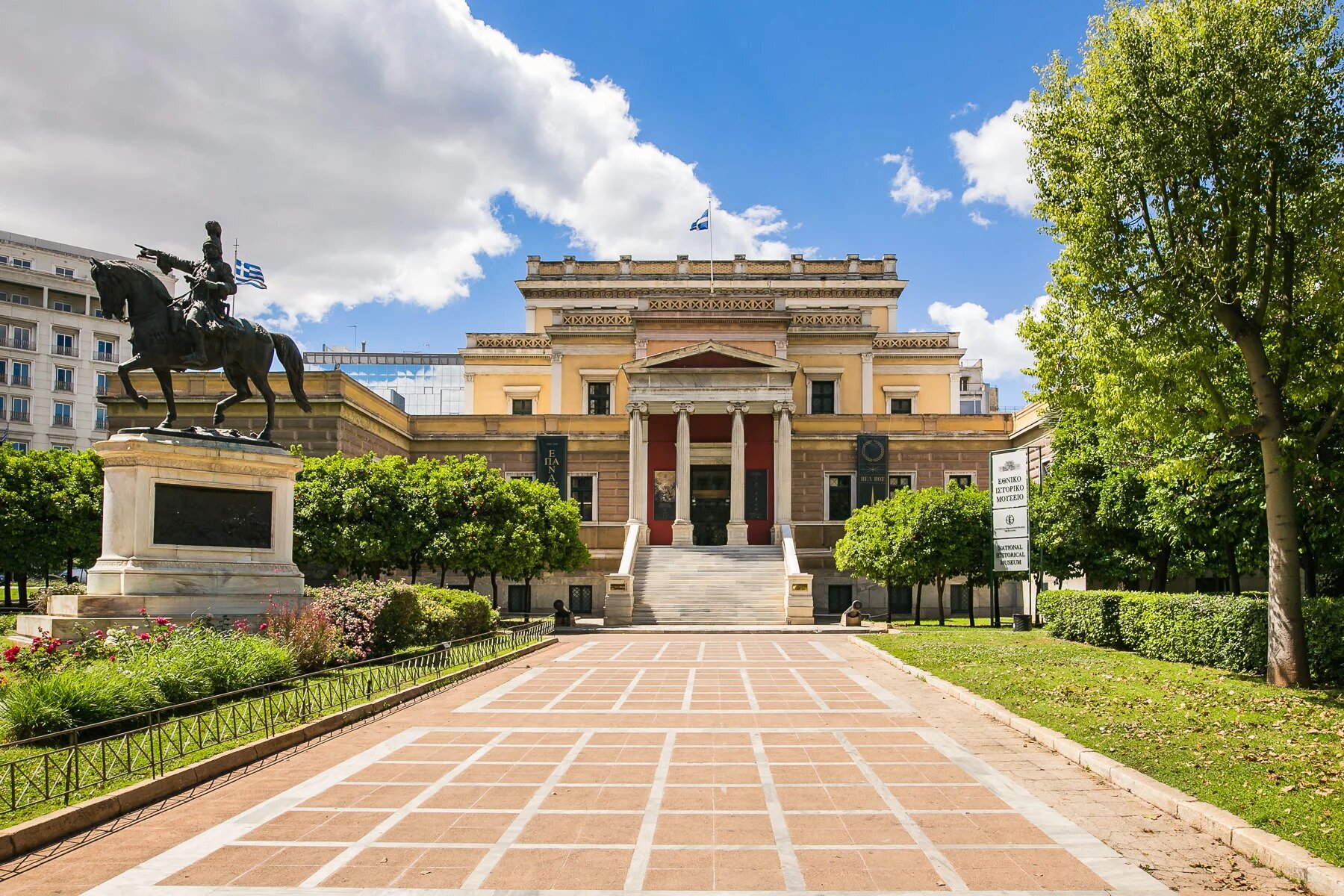 The National Historical Museum of Greece commemorates the Greek Revolution

An exhibition from the National History Museum, titled “Revolution ’21 Reframed,” celebrating 200 years since the start of the Greek Revolution, will visit 12 cities across Greece this year.

The traveling exhibition recently debuted in Chania, on the Greek island of Crete, on Saturday. The Greek Ministry of Culture and Sports is heavily involved in the project, alongside many donors who are helping to make it a reality.

The exhibition created by the museum is part of the “Bicentennial Initiative 1821-2021”, a massive project funded by a long list of institutions and donors.

The exhibition is structured into seven sections, which include relics of the revolution, as well as documents and rich archives. It highlights the ideas, causes, people, events and results of the Greek War of Independence.

The whole narrative thread of the revolution is depicted, starting with the international context and history of the Ottoman Empire. The Enlightenment of modern Greece and the ideological causes of the revolution are explored, with a focus on the individuals who shaped the movement.

The armies involved and the military actions taken by all parties, both on land and at sea, are also presented in the context of Greek society at the time.

The National History Museum’s exhibition on the Greek Revolution also looks at the daily life of revolutionary fighters and the civilian population, including that of women and children, during the war.

The exhibit also features some of the most traumatic scenes that emerged during the war. The stories of prisoners of war and their gruesome treatment become clearer through the few documents that are presented.

Horrific and defining moments, such as the massacre of Chios, the death of Lord Byron, and the third siege of Mesolonghi, are explored. The development and contribution of the Philhellenic movement is also honored, as are the Greek efforts to communicate the horrors of their struggle to the press.

As a result of these efforts, diplomatic developments and the much-appreciated international recognition of the Revolution are also described throughout the exhibition.

The final section of the exhibition examines the consequences and repercussions of the Revolution and subsequent efforts to establish a modern state and the formation of national consciousness.

The National History Museum’s display case on the Greek Revolution will travel through Greece to make it accessible to many different audiences. The bicentennial exhibit will travel across Greece starting in the north and ending in the south.

The first stop of the exhibition was the Ethnological Museum of Thrace, in Alexandroupoli. Next stop is the Teloglion Art Foundation at Aristotle University of Thessaloniki in Thessaloniki, followed by the Municipality’s Multiple Development Utility Company (KEPA) in Veria.

It was then transferred to the Folklore Historical Museum in Larissa before stopping at the Mesolonghi Byron Society in Mesolonghi. Then he made an appearance at the Maritime and Historical Museum of Galaxidi before traveling to Nafplio, the capital of the First Hellenic Republic, at the National Gallery-Alexandros Soutsos Museum.

The exhibition is also presented in Chania, on the island of Crete, at the Maritime Museum of Crete.

Finally, with the support of Piraeus Bank and the Maria Tsakos Foundation, a specially designed floating exhibition will visit the historic islands and ports of the northeastern Aegean Sea.

However, those who are not physically located in Greece need not worry, as there is also a digital component to the exhibit.

The digital exhibit, which houses 80 documents revealing the truth about the Greek Revolution, is available on the website of the National History Museum. The digital exhibition is also proud to feature images, texts (which can be viewed in Greek or English) and sound elements. Thanks to the Tour Experience, certain parts of the exhibition are accessible for a 360 ° virtual visit.

A video promoting the exhibition is available below.