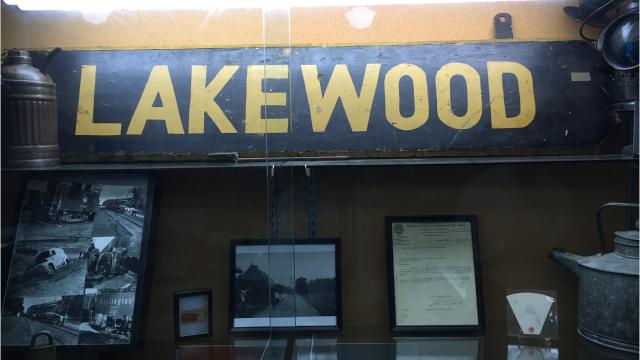 The Lakewood Historical Museum preserves the township’s past.

LAKEWOOD – They’ve been talking about it and pushing for it for decades.

Now, the historical museum that once seemed like an impossible dream actually exists, and no one is more surprised – and thrilled – than the dedicated group of current and past residents of Lakewood who made it possible.

The Sheldon Wolpin Lakewood Historical Museum, named in memory of one of the project’s main visionaries, opened just over a year ago at Kuser Hall, located on the grounds of Pine Park in the northwest. from the city.

The long-abandoned hall, which the Lakewood Historical Society rents to the township for a nominal fee, is the last survivor of five buildings that once belonged to the Newman School, a prestigious Catholic preparatory school that closed in 1942. (The author F. Scott Fitzgerald graduated from the Newman School in 1913, while it was located in Hackensack.) Following a two-year rehabilitation effort by the Historical Society, the ground floor of the building includes now seven galleries filled with old photographs and a treasure trove of other memorabilia documenting Lakewood’s historic past.

Originally established by Dutch and English sawmill operators, Lakewood developed into a thriving seaside resort for the Rockefellers, Astors, Arbuckles and Goulds by the end of the 19th century. Such was the city’s popularity among the upper class that The New York Times ran a column devoted to the colorful social scene here, centered around an assortment of posh hotels. These included the 220-room Laurel-in-the-Pines, located north of Lake Carasaljo, and the sprawling 500-room Lakewood Hotel, which rose five stories from a 14-acre estate on Seventh Street, near the current site of the Clifton Avenue Elementary School.

New interstate highways and the advent of commercial air travel in the 1920s put an end to Lakewood’s glorious resort days. But a booming poultry industry, which attracted many European Jewish immigrants to the area, kept the city going. The founding of the Beth Medrash Govoha yeshiva in 1942 sowed the seeds for a further transformation that is still ongoing. Today, Lakewood is considered the largest Orthodox Jewish enclave in the United States outside of New York City, and is fast becoming a regional economic center rivaling the largest cities in New Jersey.

All of these developments are represented in the well-stocked galleries of the new museum, housed in the former math and science classrooms of Kuser Hall. Exhibits feature artifacts from city hotels, egg farms, schools, and sports teams. A hands-on exhibit features a one-wing airplane, and the Ocean County Society of Model Railroaders has a large exhibit of working model trains in the basement.

More than anything else, however, the museum is a testament to the nostalgia that Lakewood evokes for many who grew up here when it was still a predominantly rural, Mayberry-esque community, known for its racial and ethnic diversity, its downtown bustling town and “Piner” Pride.

Like many long-time residents, Stanley Liptzin, a former teacher and coach at Lakewood High School and current chairman of the Township Historical Society, said he was concerned about what he calls the “uncontrolled building” in currently running. But that didn’t tarnish his dedication to his hometown.

“Even though Lakewood has changed,” said Liptzin, 80, “there is a lot in town that we need to remember and never forget.”

The museum is open Thursday, Saturday and Sunday from 1 p.m. to 4 p.m. Admission is free but donations are gratefully accepted.

The historical society is currently raising funds to renovate the second floor of the building as a gallery and meeting space. On Wednesday, Frank’s Pizza & Ristorante, 1900 Route 70 East in Shorrock St., will donate a percentage of proceeds from 4 p.m. to 8 p.m. to the historical society. (You need to let staff know you’re there to support the effort, the company says.)