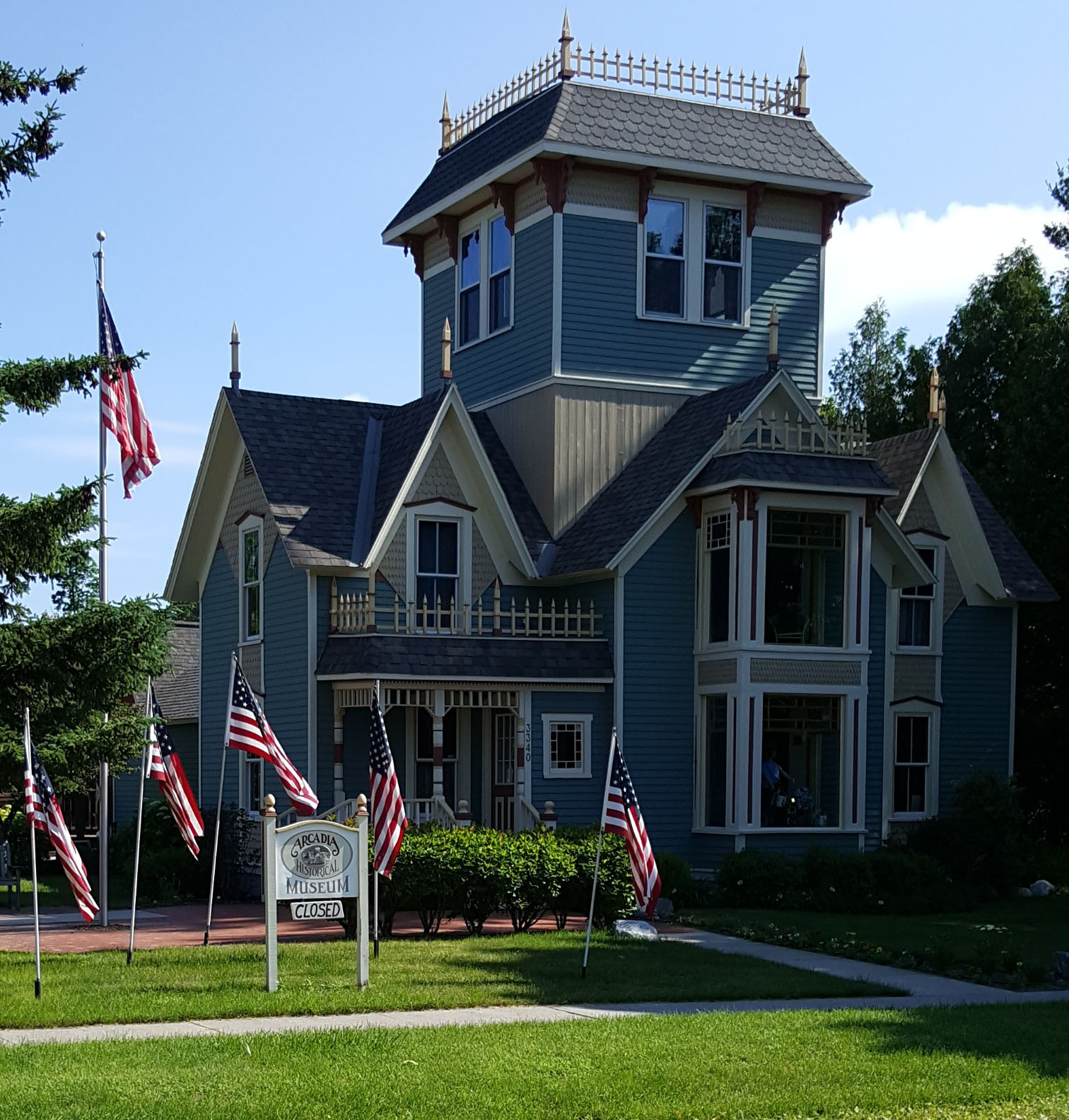 ARCADIA – “Help Wanted” could easily be a sign attached to the front door of the Arcadia Historical Museum in the village of Arcadia these days, as volunteers are needed to help keep the building open to the public this summer.

Museum guides need even more help after the death of museum director Lyle Matteson, who made it difficult to find enough volunteer hours to keep the popular historic site open to tourists and community members.

Docent Jeanne Sitter said Matteson’s loss was huge for the museum because he was a great historian.

“He was our anchor and we’ve been on the move ever since,” Sitter said. “It’s hard to get people to volunteer and we’re reduced to only being open 1-4pm on Saturdays.”

Sitter said some people have volunteered, but they could use more at this time. She said volunteering involves welcoming visitors to the museum, getting them to sign the guestbook and maybe selling a trinket or two.

“I still have a few Saturdays left to fill and it’s easy to do because you don’t have to do any tours or be an expert in Arcadia history,” Sitter said. “We just need friendly faces who are willing to greet people and sit at the front door of the museum for a few hours a month.”

Sitter said people who like to talk and meet people would be a good fit for the museum.

“I met the most interesting people ever and an older gentleman came over and found out we had lived a mile apart in Pontiac when we were young,” Sitter said. “We reminisced and I had the best time and there are people who, after talking, find out we’re relatives in shirts, maybe sixth or seventh cousins ​​away.”

Sitter said the museum used to be open on Saturdays and Sundays, but they can’t at this time. She said they were limping, but a few extra volunteers would help them in their effort to be open two days instead of one.

“Hopefully if we can get a few more volunteers we could be open on the occasional Sunday, even if it was only the first of the month if anyone could come,” she said.

Sitter said the museum has become “a really beautiful place” that houses the historic story of the Arcadia region.

“It covers the history of the Arcadia area and quite a bit of furniture from the furniture factory that was here,” Sitter said.

The museum also features artifacts from one of Arcadia’s most famous former residents, Harriet Quimby, who was the first lady of aviation.

“One room has a room full of information about her and there’s even a new book about her,” Sitter said. “This exhibit is vast and you could spend quite a bit of time seeing everything on display. His cousin was visiting recently and he was really impressed with it and it looks like we are going to get some artifacts from him.

“We also have a special exhibit on one of Arcadia’s local families, including artifacts and clothing,” Sitter said. “This year it’s the Hull family and there’s a beautifully done family tree on it too.”

There is also an exhibit on Camp Arcadia, which has been the Lutheran camp located in this area for many years. In the Carriage House, there is a bookstore where used books are sold.

“We also have displays of old firefighting equipment and we had a whole display at the Big Apple Bar where everyone gathered on Fridays for perch and fries,” she said.

Sitter said that in addition to needing the volunteers, the public is welcome to experience everything on display at the museum.