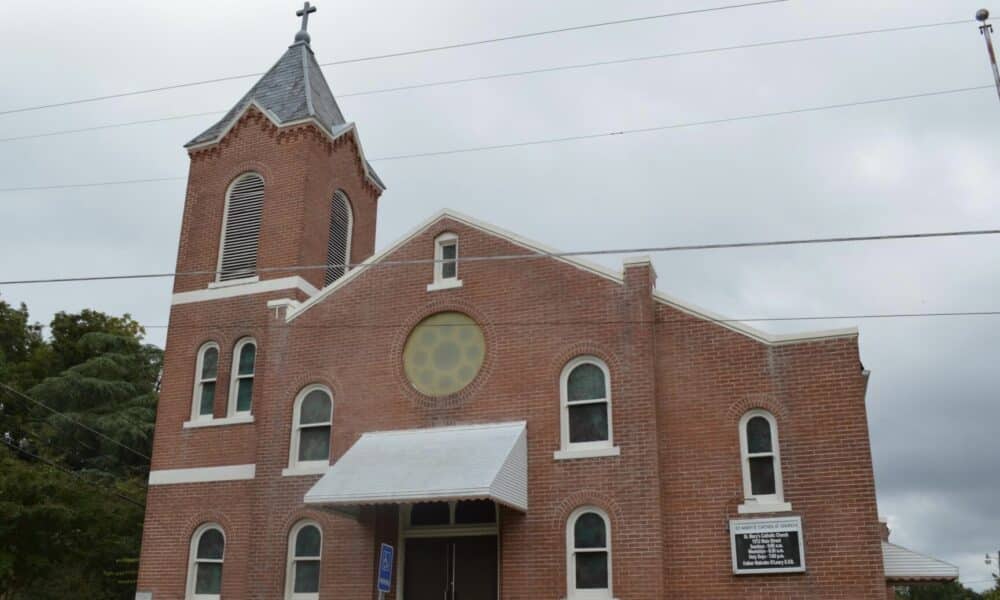 Listen to this article

Josephine Calloway said the church, which later became a school, was founded in 1906 by Father Aloysius Heick, who was a German priest. He was a member of the Fathers of the Divine Word which started in Holland. He first came to the United States and settled in Techny, Illinois, about two hours north of Chicago.

From there, priests were sent to different parts of the United States, one such place being Mississippi. Father Heick started in Marigold, Mississippi, but his vision was not received. His mission was to run a school for black people. Father Aloysius was not well received there and so he ended up in Vicksburg.

He then started a church, where he used three small houses. One was for the church, one for a school, and one was for nuns. From there, success and support became a reality for his mission, radical at the time. The church celebrates its 116th anniversary today. It was the first such parish in Mississippi.

Saint Mary’s will be commemorated as a historical monument on October 16. It will be celebrated with a service at 9 a.m. After the service there will be a program where markers will be placed in front of the church and then there will be a reception for parishioners and well wishers.

Calloway concluded by mentioning, “What is unique about this is that when Father Aloysius founded Saint Mary’s, he was not welcome in Marigold because of his dedication to black education. When he came to Vicksburg, because Vicksburg is made up of so many ethnic groups, he got support from the community. The nuns and priests had limited funds, but people in the community gave them food and everything they needed to survive.

It’s this desire for equality, diversity and inclusion that made Saint Mary’s so special more than a century ago and it’s what continues to make it so important to the historic melting pot of Vicksburg today. today.

See a typo? Report it here.