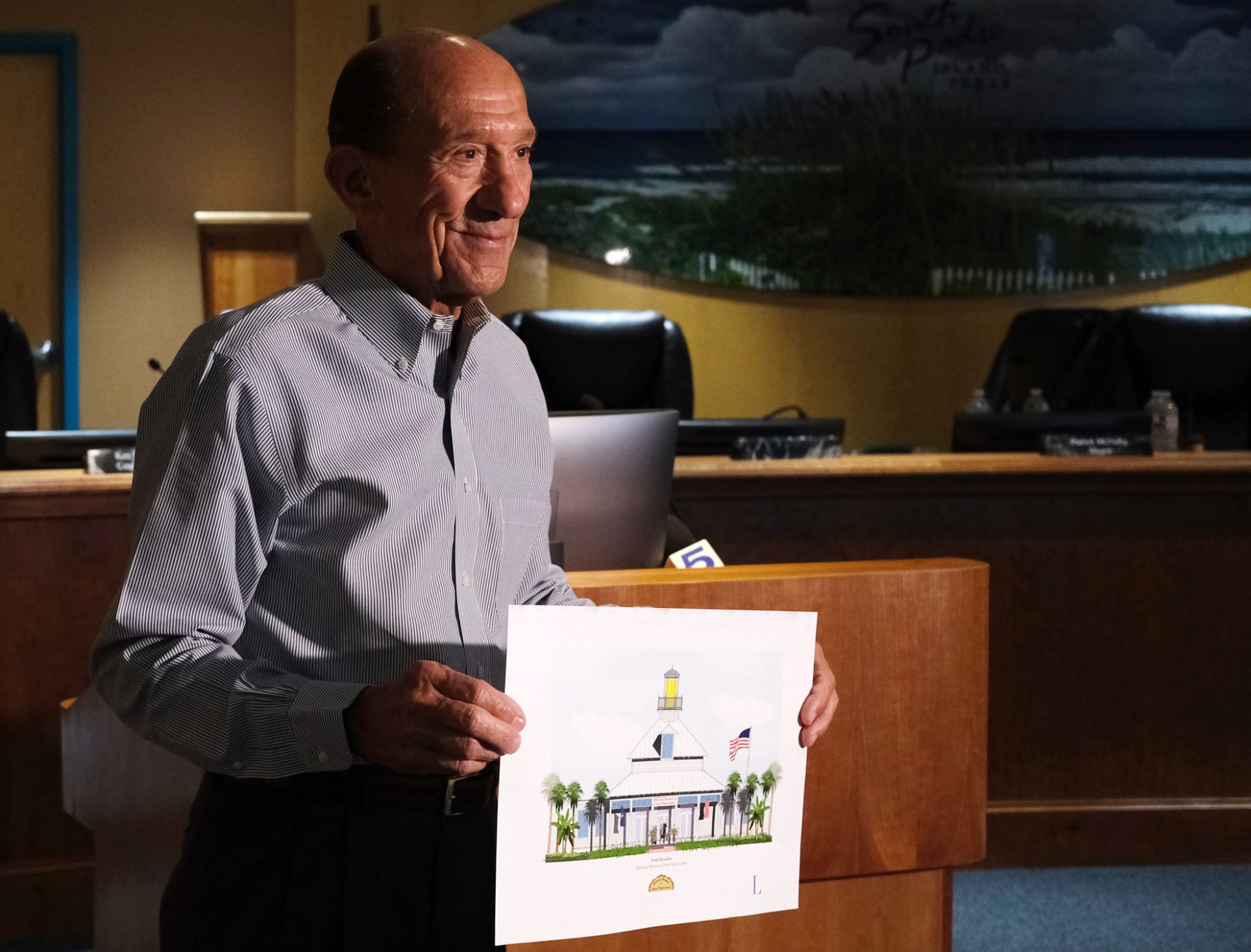 SOUTH PADRE ISLAND — History may pass, but remembering and understanding it is not free.

Island officials revealed on Thursday the awarding of a $1.5 million federal grant from the U.S. Department of Commerce’s Economic Development Administration for the construction of the South Padre Island Historical Museum.

The city has allocated an additional $375,000 for the project.

The museum will be housed in the old visitor center just down the street from City Hall. Island officials donated the building, which once served as offices for the visitor center and chamber of commerce, for the museum site.

“This is going to be the reconstruction of the old visitor center at 610 Padre Blvd. at a new historical museum on South Padre Island,” City Clerk Nikki Soto said. “So even if they haven’t had a permanent home, it will give them a permanent home.”

Dennis Franke, president of the South Padre Island Historical Foundation, was instrumental in securing funding for the project. He congratulated Mayor Patrick McNulty and City Council for their role in bringing the new museum to fruition.

“A lot of people don’t think there’s a lot of history here,” Franke said. “There really is a lot more to it than anyone realizes, and the museum will allow us to exhibit that history which will be a bit of a shock when you see some of the things that happened and how this island came to be what it is. today. “

South Padre Island was only incorporated in 1973, but even before it became an official city, it had a fascinating history.

During World War II, for example, the island was blockaded and quarantined to allow military personnel in beach huts a mile apart to monitor any attempted German incursions from U-Boats.

“One of our challenges is rain events,” said City Councilman Joe Ricco, a key supporter of the museum project. “We don’t have a lot of indoor activities, and if we can find value for tourists when we have these occasional rainy days, not that we have a lot here, what little we have, I think they’re going to get really excited to come see this great project that Mr. Franke is working on. And I’m proud to be part of it. »

“We’ve been working on this for a number of years and I’m really happy to be here,” Hathcock said. “My job is the easy part. I can write about things that have already happened, and Dennis is the man who is going to make them happen.

Franke said the next step is to issue requests for proposals for an architect, engineer and administrator for the museum. He said if all goes well he expects it to open as early as next summer.

2022-07-07
Previous Post: The Upper Historical Museum burned down in the Marshall Fire. It plans to reopen – and with a new set of artifacts
Next Post: Stop the car, there is a historical monument! – The daily newspaper Ukiah