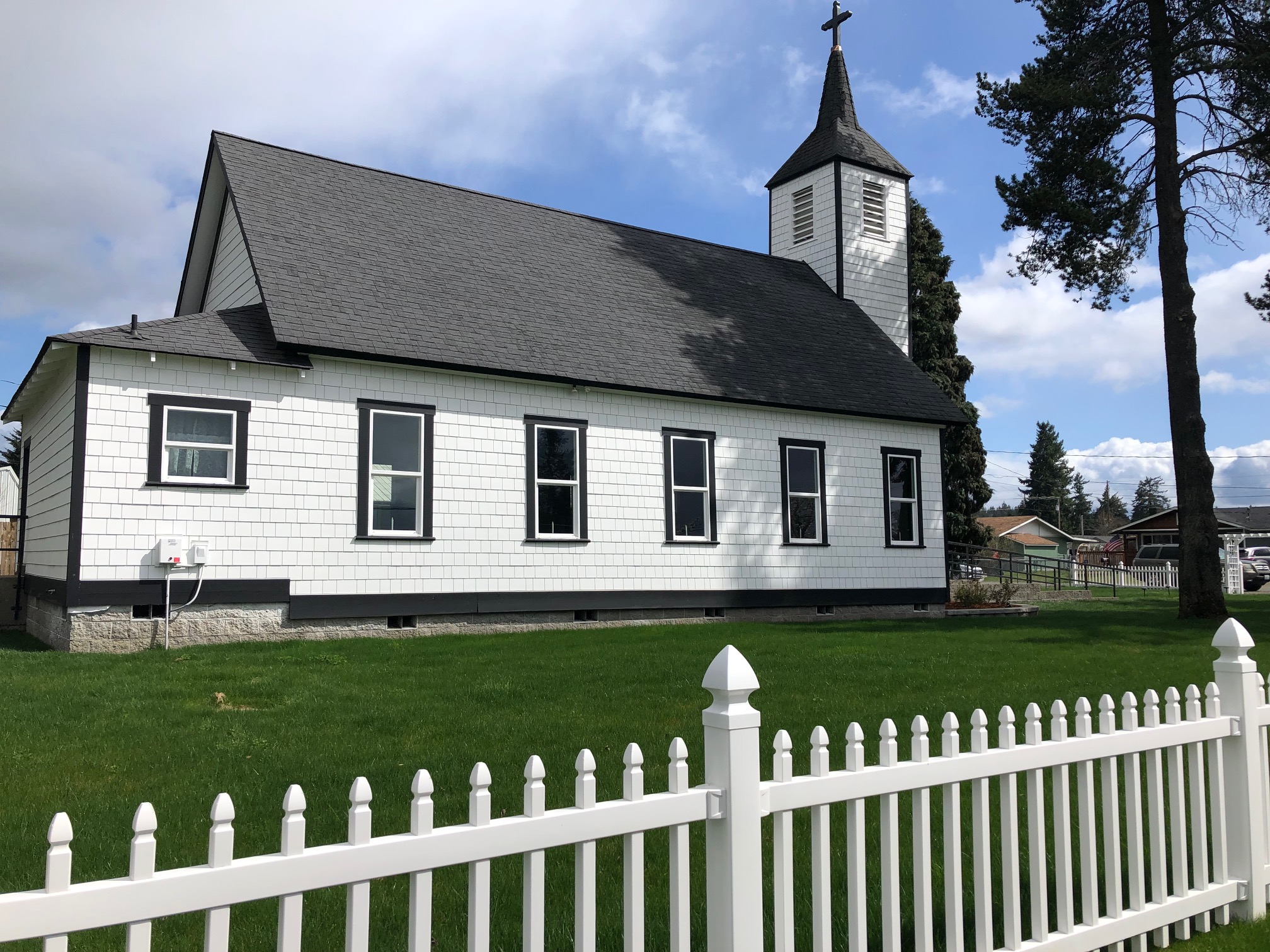 IIf you need a place to hold a wedding, reunion or any other gathering, the City of Rainier now has a new – and an old – location to consider. It’s the Rainier School and Evangelical Lutheran Church of Zion.

This 1896 community landmark has been reawakened and will enjoy a bright future as a multi-purpose space thanks to joint funding and renovation efforts. Rainier Mayor Robert Shaw said retired clerk-treasurer Charmayne Garrison was behind the city’s efforts to restore the facility. He says it was a decision of city council and staff to move this project forward a few years ago. He adds that when he entered the building years ago, he saw that a lot of work was needed. “The process took time,” he says. “We needed money and we didn’t have enough funds. We were gathering resources and getting grants.

Although renovations to the historic church have slowed down a bit during COVID-19, the charming white-painted wood-frame building located at 207 Olympia Street W at the corner of Minnesota Street N is now ready for its next chapter. Appropriate, as Rainier’s town is in the Tenalquot Grasslands, or ten al quelth, which means “best yet” in Lushootseed.

“We really appreciate all of the support the city has received to put this renovation in place and complete it,” Shaw said. “The church was seated and nothing had happened to it for years.”

“It’s beautiful now,” he adds, noting that the completion of major work meant the City could hold a dedication and reopening ceremony at the church on March 15. “We get tons of comments. People come down to Minnesota at night and the church is all lit up. It’s really nice to see.

And the effort paid off. The church is reborn.

Before heading to the white wood-shingled church, you first walk through an arbor at the main entrance gate, which is part of a distinctive palisade surrounding the building. Then you pass the new rose bushes next to the pavement and enter the gabled vestibule under the belfry tower. As you enter you will see the light streaming in through the large double glazed windows, shining on the refurbished wooden benches. An altar and a wooden pulpit in front face the pews, with a brown door labeled “Pastor” on the side that leads to a small room behind the pulpit.

Brothers Albert, Theodore and Paul Gehrke built the structure and it was used as a house of worship and a school for pioneers. The building has been listed Washington State Heritage Registry in 2007. The National Heritage Register lists properties of historical significance. Registry documents submitted in 1985 summarize the history of the facility. “Albert Gehrke, a German immigrant, came to Rainier in 1890 to settle on 170 acres of property, including much of present-day Rainier, named for its mountain view,” the documents describe. “Gehrke, a farmer and former cabinetmaker, was joined in Rainier by his two brothers. Along with his brothers and neighbors, Gehrke built the school in 1896. The one-room structure was the first school in the community, serving students in grades one through eight.

The documents commemorate what happened next: “In 1902 the school moved to a new structure and the building was purchased by the Evangelical Lutheran Church of Zion, including the Gehrkes and much of the German community of the city were members. Although organized in 1893, the congregation had gathered in members[s’] houses until the purchase of the school. The first services in the new church were conducted in German, and the church served as a community center for Rainier’s German population. He even played an educational role again. When the new school burned down in 1915, classes returned to the church building until a new school was built.

In the years that followed, the building continued to be used as a church and saw additions such as the bell tower and a sanctuary. However, as the structure aged, its use declined. The City bought it in 1995 and completed the renovation in 2022.

Those interested in booking the facility for events should contact Clerk-Treasurer Tami Justice at the town hall, which deals with rental agreement and can answer questions.