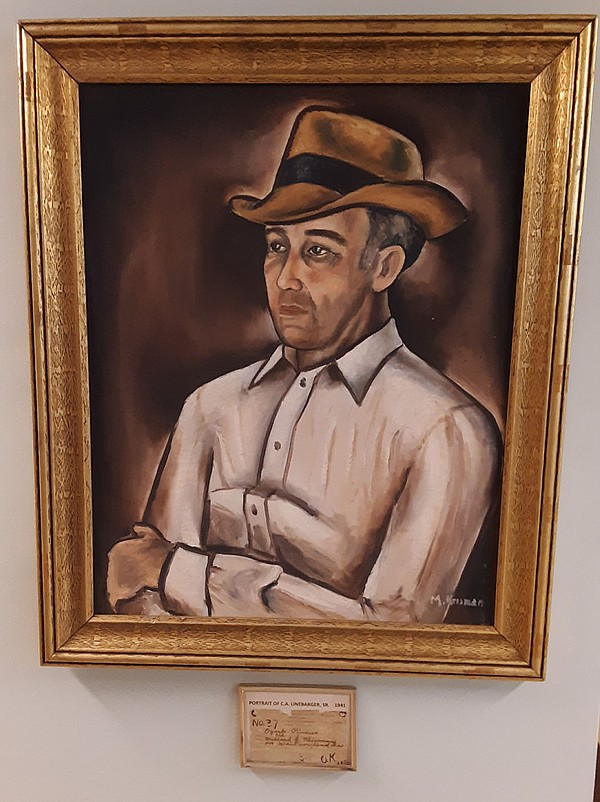 Portrait given to the Bella Vista Historical Museum

BELLA VISTA – A portrait of CA Linebarger Sr., who was one of the three Linebarger brothers who founded the Bella Vista Summer Resort in 1917, was recently donated to the museum by one of his granddaughters, Ann Linebarger Boyd.

The oil painting was done by Millard Krisman (1922-2013) from Saint-Louis. Entitled “Ozark Pioneer”, it was shown at the City Art Museum of St. Louis’ first annual Missouri exhibit on October 17, 1941. There is a 3P rating on the entry slip that was attached to the back of the painting. , who may have indicated a placement in the contest. Krisman’s obituary stated: “Mil was an avid artist. He attended St. Genevieve Art Colony at the age of 14 and studied with Thomas Hart Benton and Oscar Thallinger.”

Besides being an artist, Krisman was also a musician who had his own orchestra. Linebarger hired them to play Bella Vista in the summer of 1941, which is, of course, when the portrait was painted. His obituary continues: “Millard’s dance orchestra, the Mil Krisman Orchestra, was very popular in the St. Louis area in the late 1930s and early 1940s. He enjoyed playing the saxophone.

The Linebarger brothers sold the Bella Vista Summer Resort to EL Keith in 1952. CA Linebarger Sr. died in 1978, surviving his two older brothers and his son. He is survived by his three granddaughters.

Bella Vista Historical Museum The Mil Krisman Dance Orchestra performed at Bella Vista in the summer of 1941. Krisman wears the white jacket and holds his saxophone.