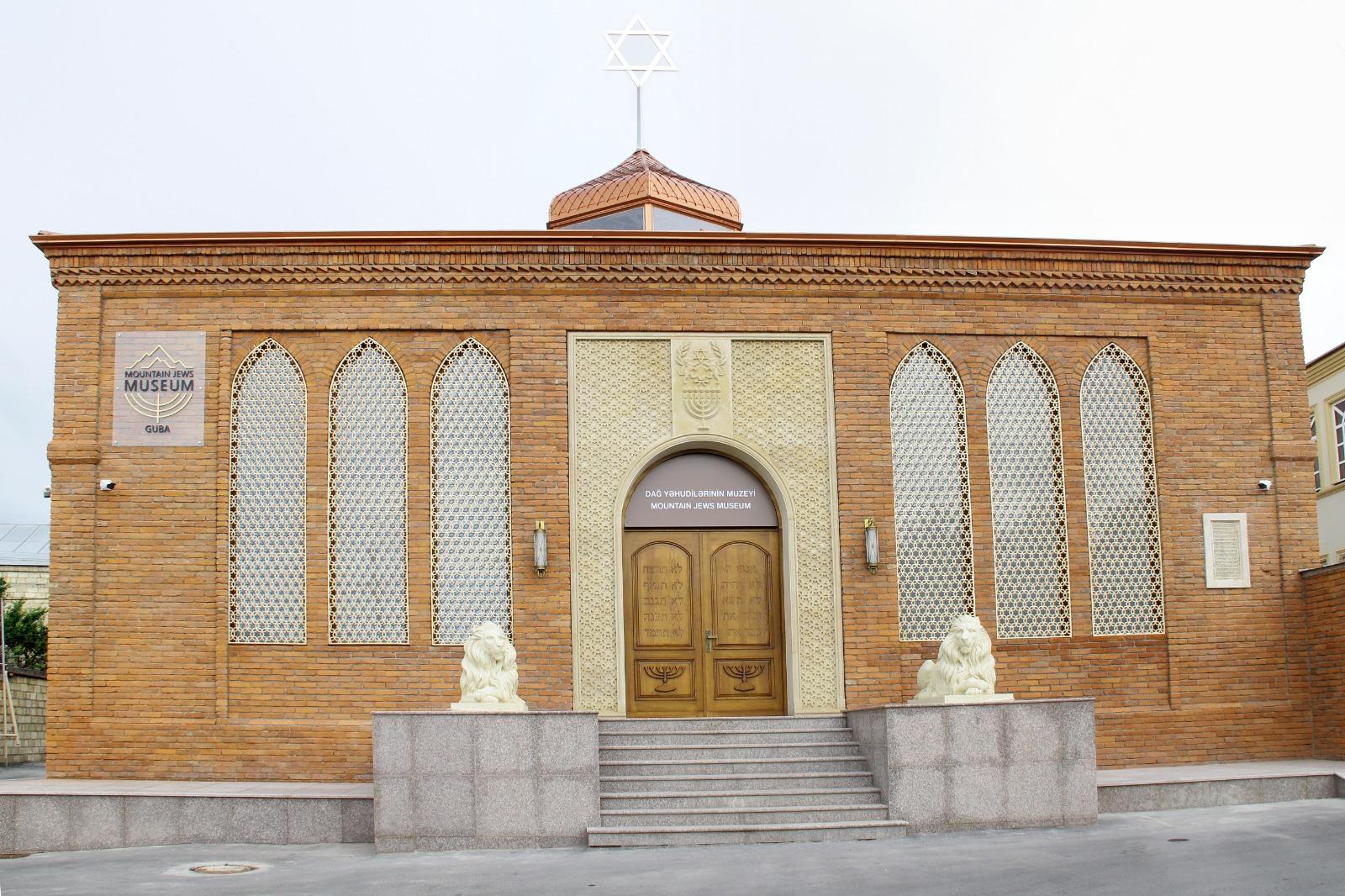 Opening of a historical museum in the Jewish city of Azerbaijan

Azerbaijan – a country of 10 million people, where almost 97% are Muslims – highlights the best example of Judeo-Muslim coexistence, as thousands of mountain Jews have lived there side by side for centuries.

On February 3, the Museum of History and Culture of Mountain Jews opened in the all-Jewish settlement of Krasnaya Sloboda (Red Village) in the northeastern Guba region of Azerbaijan.

The museum is located in the building of the Karchog Synagogue, which was closed during the Soviet years and was restored to its original appearance before being presented as a museum. Russian businessmen and philanthropists of Jewish origin God Nisanov, Zarakh Iliev and German Zakharyaev – all from Krasnaya Sloboda – are the initiators and sponsors of the museum’s launch.

The Russia-based Regional Public Charitable Foundation of Mountain Jews, STMEGI, which is the largest organization bringing together mountain Jews from all over the world, created the overall design and put together exhibits for the museum. The exhibits that were offered to the museum by Jews living in different corners of the world include clothing, jewelry, ritual utensils, manuscripts, books, and ancient household items.

The authors of the museum launched a multimedia component inside the building, thanks to which the exhibition acquired a modern high-tech appearance. The museum’s exhibition collection contains Jewish religious literature, as well as books in Juhuri, a traditional language spoken by mountain Jews living in the mountains of the Eastern Caucasus, mainly in Azerbaijan and the Dagestan Republic of Russia. The Juhuri vocabulary includes Hebrew, Aramaic and Arabic words. The museum is expected to feature the world’s largest library in this language and a center for the study of the history, traditions and culture of mountain Jews in the future.

The roots of Jewish settlement in the mountains date back to before the 5th century BC. Historical sources identify them as descendants of the Lost Tribes who left Israel after the destruction of the First Temple in 587 BC. The Caucasian mountain Jews, as they are called, have lived in Azerbaijan for about two millennia, as Jews from Persia and possibly the Byzantine Empire are believed to have moved north-east and settled in the region.

In Azerbaijan, life for mountain Jews flourished mainly in the town of Red Village, the only fully Jewish town outside of Israel and the United States. The name of the village comes from the red tiles used on many roofs. About 4,000 mountain Jews settled in this village, considered the last shtetl in the world. A shtetl was a small town populated by Jews in central and eastern Europe before the Holocaust.

The total number of Jewish population in Azerbaijan was around 30,000 in 2016. No negative sentiment like anti-Semitism interrupts the life of Jews in Azerbaijan as they enjoy the same rights as the indigenous population.

There are three Jewish synagogues in the settlement of Krasnaya Sloboda. While synagogues in Europe, the United States, and predominantly Muslim countries around the world are secured as a fortress, such measures are not enforced for those in Azerbaijan where armed guards or high-tech security solutions were barely visible.

“Anti-Semitism and Jewish safety were not a concern for the Jewish community in Azerbaijan,” said Sheila Gewolb, senior vice-chair of the Council of Deputies and chair of the International Division of British Jews, according to a report from Jewish News. .

“To date, no case of anti-Semitism has been recorded in the country. There is not even a word in Azeri for “hatred of Jews”.

Meanwhile, some believe that the recently opened Museum of Mountain Jews in the Red Village could contribute to the economic development of the village and the surrounding area. Moses Becker, a leading researcher at the Institute of Law and Human Rights of the Azerbaijan Academy of Sciences, said this would help increase the influx of foreign tourists to the region and to Azerbaijan.

“With the opening of the Museum of Mountain Jews, many more Israeli tourists will come to Azerbaijan. Soon we will see significant progress in the field of tourism cooperation, ”said Becker.

“Now routes are being developed for Jewish places in Azerbaijan. They [tourists] will return to Israel with new impressions and pass them on to all their friends and relatives, who in turn will be interested in a visit to Azerbaijan.

2020-02-08
Previous Post: Bedford school fire destroys cultural and historical monument
Next Post: The historical museum of Antioch: a look back in time