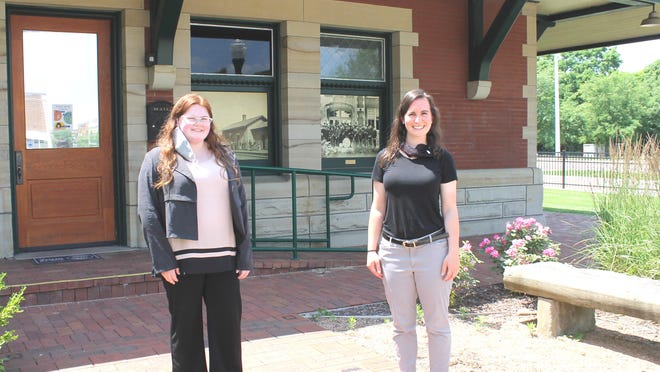 Face masks will be required for visitors and volunteers.

2020 has been full of surprises and disruptions, though nothing quite like the disruption to the nation caused by the Civil War, which is one of the new exhibits ready for museum visitors.

Shining a light on the Civil War was planned all along because “Journey of the 11th,” the latest “Windows to Our Past” documentary from creator and historian Mike Mort, was scheduled to premiere at Sturgis Fest 2020, which was canceled.

The documentary had to be postponed, but now the museum exhibit is ready, bringing to life the great disruption that unfolded 159 years ago.

Also on display in the museum’s South Hall is a tribute honoring 100 years of women’s rights: the 19th Amendment.

Included are records and accounts of Sturgis women who were revolutionaries in both the suffrage movement and the temperance movement that accompanied it.

A loaned family register is from the VanderHults family. It lists an ancestor, Jonathan Wait, a co-founder of Sturgis, who according to 1877 “History of St. Joseph County Michigan” was instrumental in bringing the railroad to town, served as a senator of State and launched the Sturgis Journal.

His wife, Susan Wait, with 12 children, is listed as a Republican active in the women’s rights movement. Her religion is listed as “spiritualism and medium”. The family was instrumental in founding Free Church, a spiritualist church.

Of particular interest to Policelli is the fact that in the mid-1880s Susan was a feminist. Sturgis was a border town, not a place where you would expect to find progressive ideas like giving women the right to vote, she said.

Lena Wise’s record is also on display. She was very active in the Woman’s Christian Temperance Union. In his Bible, on loan from his descendant Ken Wise, is a tape from a WCTU meeting held in Sturgis.

The two movements are closely linked in history, Polilli said.

Amelia Earl, a summer intern and 2018 graduate of Sturgis High School, is also new to The Depot. She assists Policelli and the team of volunteers.

The frequency of opening of the museum is uncertain.

“We don’t know if we will be able to keep our regular hours after this weekend,” Policelli said.

It will depend on whether visitors want to enter, whether volunteers feel safe and comfortable, and the fluid state of the pandemic.

Summer hours could be by appointment only, she said.

The best way to keep up to date is to watch the Sturgis Historical Museum at The Depot Facebook page and Instagram feeds.