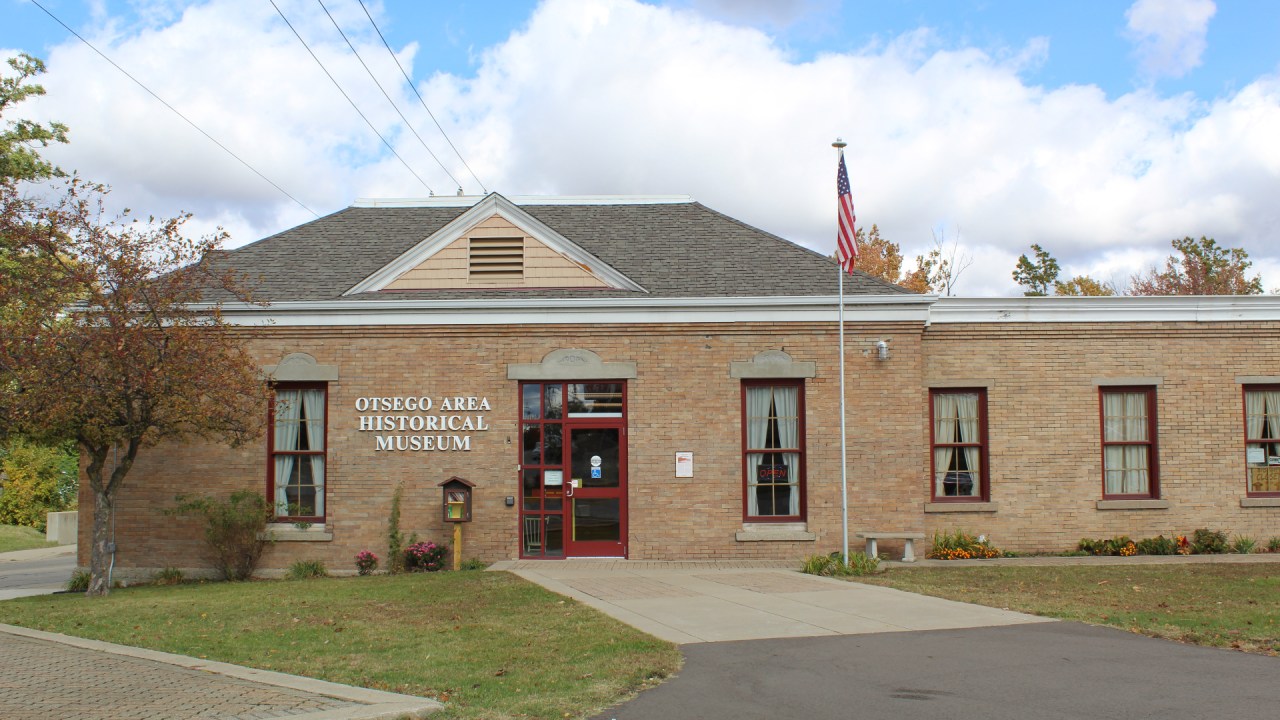 When visitors enter the museum, they are greeted with a dedication to the paper industry.

“Otsego was a big paper industry,” said Lyneta Nowak, president of the Otsego Area Historical Society. “At one time, there were seven papermaking companies in this small town.”

In the partition, the museum presents the military history of the region through the uniforms and ribbons of the military.

“We had a Civil War veteran from Otsego who died in Bentonville, Arkansas, and his body was flown back to Michigan. We have his sword and the marker that was used to mark his grave in Bentonville at the time,” Nowak said.

In the largest hall, the museum features a number of everyday artifacts in exhibits like a fictional kitchen, living room, children’s play area and more.

In the fall, the museum welcomes school groups from across the region for a student art exhibit.

“We have a creative arts festival here in town at the end of September and the teachers … display student art in the museum for a few weeks, so we have a large group of kids,” Nowack said. , adding that on one day more than a thousand people walked through the doors of the museum to view the artwork.

To help instill a sense of pride in the area’s history and preserve it for future generations, the museum has set up a Junior Council which meets once a month.

“They wanted to do a cemetery re-enactment (to find and portray someone buried in the cemetery) but they don’t have enough kids to do it and are hoping to generate a bit more interest,” Nowak said.

Outside the museum, the junior council members have created a small library that contains books, sanitary supplies, food, and more for anyone in need.

In addition to the museum, has a research area and photographic negatives from a photography studio opened in the 1930s. The negatives are for sale.

“The last person it belonged to was going to abandon the studio and we as a museum were left with all these negatives. These are the negatives of photos that were taken, family photos and such, dating back to 1937,” Nowak said.

She explained that the museum believed that these images belonged to families.

“We’ve had a lot of (negatives) and we’ve been doing that for probably 10, 15 years, so we’ve reduced the price of those negatives drastically in the hopes that people could get the negatives from their family if they wanted to, ” she says.

The museum is open on Saturdays from 10 a.m. to 2 p.m. and one evening a week during the summer. Nowack said it varies by week. Appointments during off hours are also available. For more information, visit the museum website.

Editor’s Note: This article is part of a series exploring small community museums in western Michigan. More articles will be posted on woodtv.com in the coming weeks.