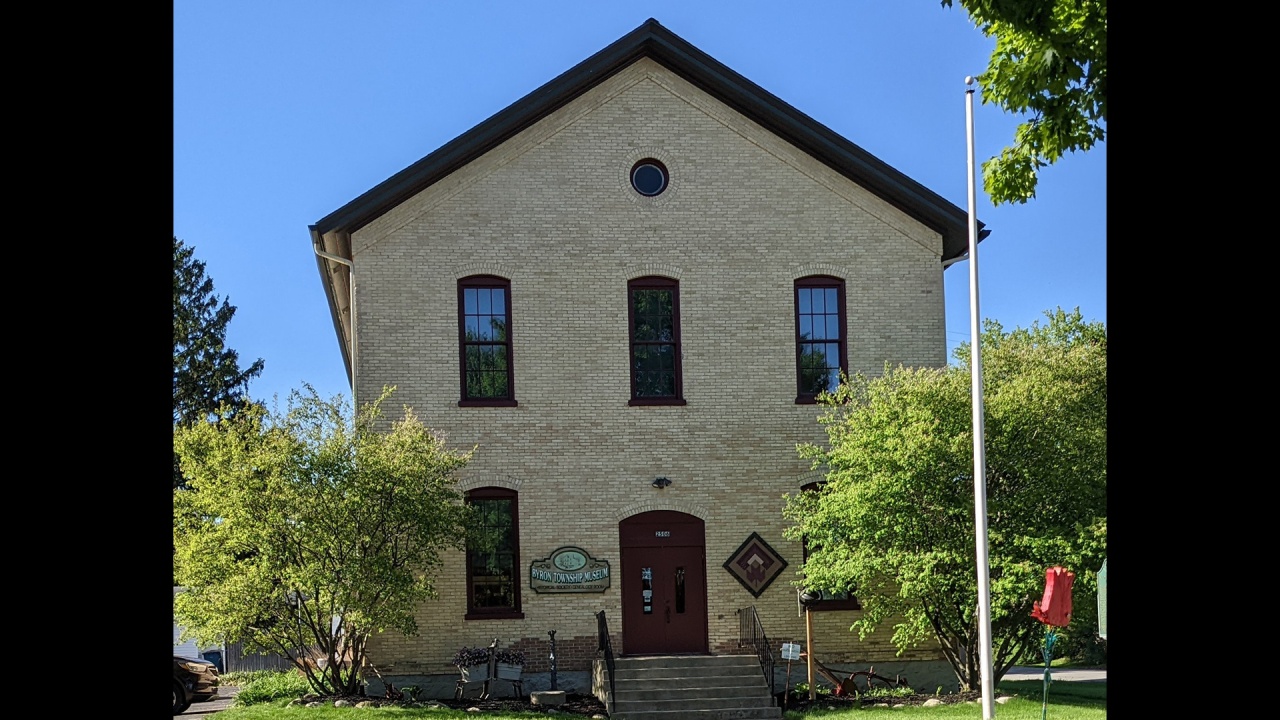 BYRON TOWNSHIP, Mich. (WOOD) — Opened in the former Byron Center City Hall, the Byron Center Historical Museum has captivated visitors with tales of the area’s history for more than 47 years.

When visitors enter the museum at 2508 Prescott Street at Harlow Avenue SW, they are greeted with rotating exhibits and information about the building, which was originally owned by the Odd Fellows Society.

“It was kind of like a secret society where only men were allowed,” Kiel said. “There was a door, which we still have, that had a little opening with a little wooden slide where they opened it, and you had to show your face (before) to be allowed in.”

The lower level features a general store with local merchandise, a doctor’s office, a Native American exhibit, a local auto exhibit, and an agricultural exhibit.

Upstairs, guests get a glimpse of the area’s military history and possibly see a failed attempt to attack the United States by the Japanese during World War II.

“We have a Fu-Go balloon that the Japanese sent to the United States in 1945,” Kiel said.

According National geographicFu-Go balloons were “World War II silent assassins” that rolled on a jet stream across the Pacific Ocean to North America and were equipped with explosive devices.

“What they were trying to do was start wildfires in the United States with these balloons,” Kiel said.

The plan failed as the balloons were sent in the winter and they malfunctioned.

“The one we actually landed at my grandfather’s property in Byron Center in 1945. There were three local boys…who confiscated the ball and took it to one of the parents’ house of the boy and put him in the basement,” Kiel said. “They called the local police and the FBI came out and confiscated the balloon and told them to shut up because they didn’t want the Japanese to know the balloons had come this far.”

The museum plans to display the 45-by-45-foot balloon in a soon-to-be-built secondary building.

Before the pandemic, teachers brought their students to the museum, where they could take lessons in a one-room schoolhouse, including taking the oath of allegiance outside and ringing the school bell.

“They did it like years ago in a classroom,” Kiel said.

For those wishing to see the faces and names of the people who lived in the area, the museum has birth records (1908 to 1952), death records (1900 to 1956), Byron Township cemetery records, tax records and plans.

“…We (also) have all the Byron Center and South Christian school yearbooks up to 1975,” Kiel said.

The museum is open from mid-April to mid-December on Tuesdays and Thursdays from 9 a.m. to 12 p.m. Kiel said appointments can be made for additional periods. For more information on the Byron Center Historical Museum, visit the museum website.

*Editor’s Note: This article is part of a series exploring small community museums in western Michigan. More articles will be posted on woodtv.com in the coming weeks.