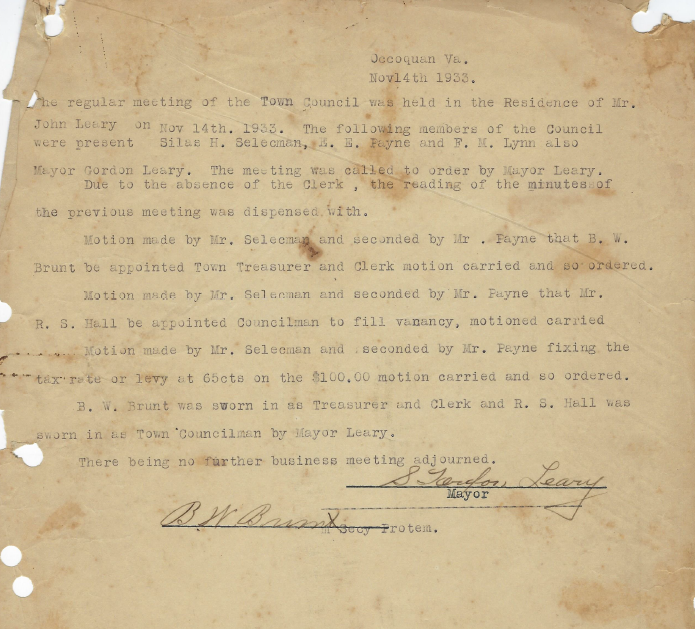 City staff discovered minutes of Occoquan City Council meetings dating back to 1933. To preserve them and make them easily accessible to researchers and others, the records are being digitized and made available to the public on the Occoquan Historical Society website.

So far, the site contains the minutes from 1933 to 1935. Among the information that immediately stands out:

To view this collection of historical documents, visit occoquanhistoricalsociety.org/documents.