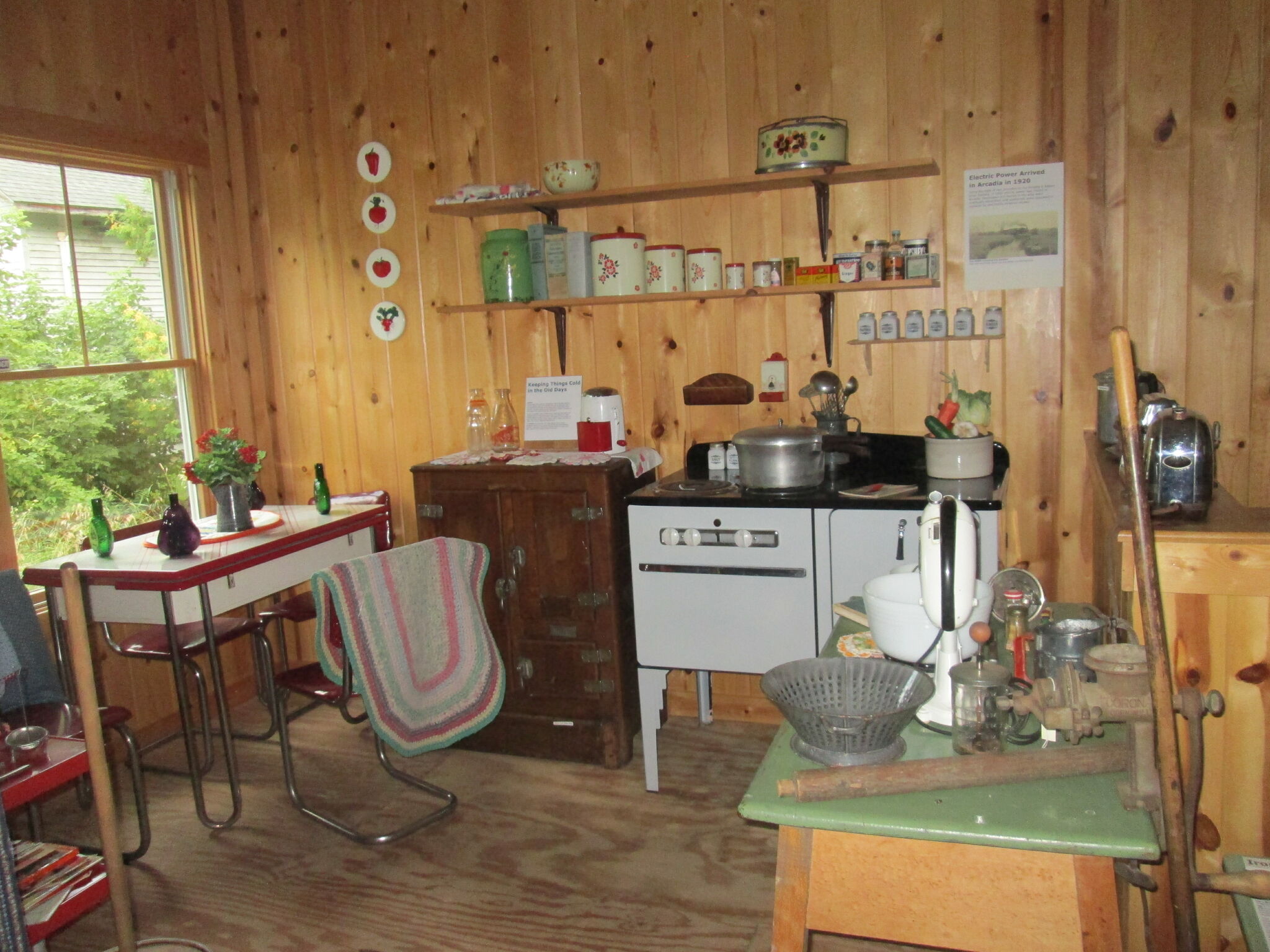 ARCADIA — When the late director of the Arcadia-area historical museum, Lyle Matteson, passed away recently, the museum’s board knew they had big shoes to fill with his replacement.

The museum made great strides under Matteson’s tenure, so the board wanted someone with the same passion for the area’s history and experience in this type of work to serve as director.

Board members felt they had found that person in Debbie Eckhout, who was appointed as the museum’s new director.

Jeanne Sitter, who sits on the board, said members were happy with the new director and felt she was the right person for the job.

“We were in the flow for a while because of Lyle’s death, but Debbie is very talented and a big girl,” Sitter said. “She is an antiques specialist and we were so happy to have her take on this position.”

Eckhout said she was honored to be chosen by the board as director and realizes she is following some very big steps in Matteson.

“Lyle has been phenomenal, but I plan to do my best,” Eckhout said.

“A few years ago, I ran the Benzie Historic Area Museum for about 10 years,” she said. “I learned to preserve and acquire artifacts that had a story attached to them.”

She said there are also other duties that will be similar to the old position and new challenges to be faced at the Historical Museum of Arcadia.

“I also managed a corps of volunteers to work at the museum and did a lot of fundraising, so it was a bit of a lot of everything because it was a small museum,” she said. . “So this post sort of falls into the same category.”

The Arcadia Museum and the exhibits located in the building are something the community can be very proud of, according to Eckhout.

“The building itself is the number one artifact and we probably have well over 5,000 artifacts, including everything from a postcard to a pew and everything in between,” she said. . “They all need to be preserved, supported, and history cataloged at the same time.”

Eckhout said the community has a deep interest in a museum telling the story of the Arcadia region.

“Joyce and Ed Howard were really the backbone of starting the museum and moving it to its current location and there are many other helping men and women whose history is tied to Arcadia,” said- she declared. “They all wanted to tell their stories and to be able to have a three-dimensional object in your hand and tell the story of it is pretty special.”

Arcadia’s history is filled with interesting stories like most small towns along the shores of Lake Michigan, as they grew into what exists today, according to Eckhout.

“There was the logging, the railroad, the mills and the factories and the people that are all interesting,” she said.

As the fall season approaches and tourist numbers dwindle, Eckhout said that for the month of September, volunteers will only be at the museum on Saturday afternoons and hope to be open on some Sundays as well.

“Maybe during the winter we can work a few more hours next year as we work on our volunteer corps and arm them with knowledge that they can share with visitors,” Eckhout said. “This allows them to make the visitor experience even more enjoyable.”

Eckhout said she hopes to continue to improve all of the quality objects and exhibits currently located in the museum.

“Every year you try to add one or two exhibits to show,” Echout said. “Exhibits really shouldn’t be on display for more than a year as they need to rest in a dark environment because too much exposure to the elements can damage them, so you really need to rotate them.”

She said rotating exhibits also gives people the chance to see something new each year when they visit the museum.

Eckhout said Sitter is also working on the family history of people in the area to help make the museum a source of information that people could look up details about a relative from the past.

Sitter said the next big museum event coming up is the Cracker Barrel sessions at 7 p.m. Sunday, called Why Arcadia? at Arcadia Methodist Church where participants listen to stories about why people returned to Arcadia.

“It’s a free event and we’re trying to get all the old timers to stand up and reminisce about Arcadia and why we live here or came back to retire in this area,” Sitter said. “We’re including the audience to stand up and comment as well and it’s been very popular.”

2022-09-07
Previous Post: Meet the new director of the Arcadia Area Historical Museum: Debbie Eckhout
Next Post: The palm tree is a historical landmark in Los Angeles