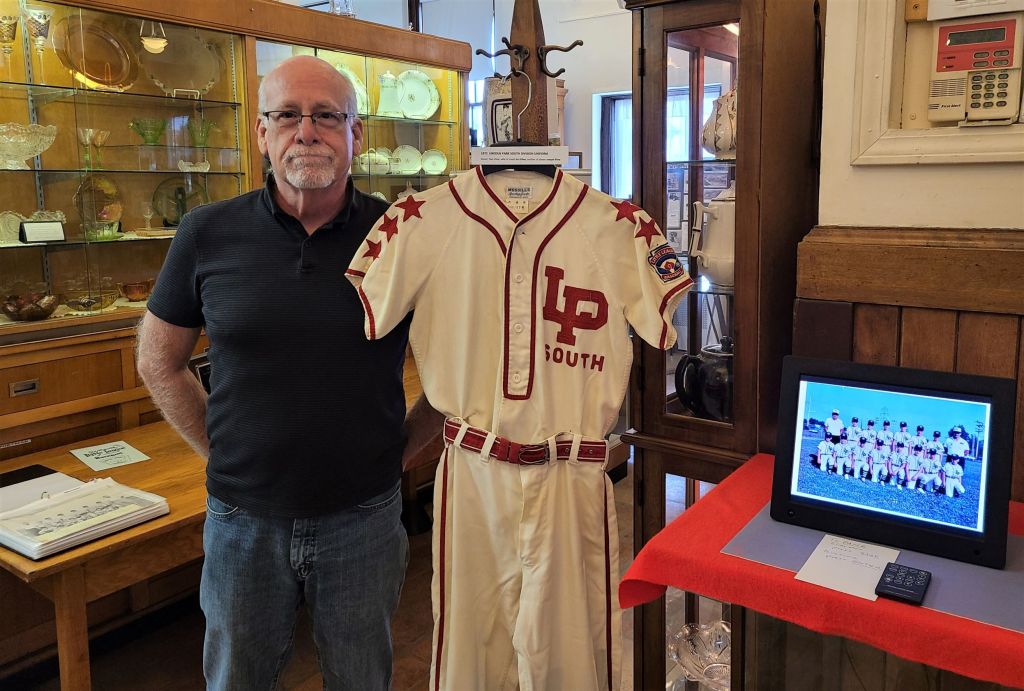 The 70th anniversary of Little League Baseball in Lincoln Park is celebrated with a special exhibit at the historical museum through September 17 and an alumni game and rally on August 20.

The memorabilia exhibit is open to the public from 1 p.m. to 6 p.m. Wednesday and Saturday next month at the museum, 1335 Southfield Road in Lincoln Park.

The alumni game, which will be played in softball format, will take place at 11 a.m. on August 20 at Quandt Park on Dix Road. Alumni who wish to play are invited to show up between 10 a.m. and 10:30 a.m.

“The 70th anniversary seemed like a good time to do it, so we planned this year,” he said. “It was originally chartered in 1952, when one of the residents of Lincoln Park visited Williamsport, Pennsylvania in 1951 and was very impressed with what he saw.”

Day said resident Frank Kuzminski returned and encouraged other residents to form a little league in Lincoln Park, and it was officially incorporated in the spring of 1952.

He said the school district donated land near what was then the high school, where the middle school now stands, on Lafayette Boulevard for a ball diamond, and in the fall of 1952 volunteers prepared the ground to play. The field is named after Jack Shannon, a teacher who died in 1951 of polio.

He said Little League grew as it became popular across the country.

“It was nice for the kids who had an athletic streak,” Day said. “There weren’t a lot of options for kids – there weren’t football leagues like there are today, so it was a great resource for kids.”

He said that at its peak, Lincoln Park had four geographic divisions, with the North and South divisions established initially, and with the West and Central divisions added as listings increased.

Day said each division had its own league, teams that competed within each division, and more ball fields had been developed over time.

The North Division began using Quandt Field near Dix and Southfield Roads, and the South Division played at the new Frank Kuzminski Park near Leblanc Street and River Drive. When the new high school was built in its current location on Champaign Road east of I-75, Jack Shannon Field moved with it.

Day said the museum exhibit contained a May 25, 1953 photo of then-Mayor Jack Johns throwing the first pitch in the first game played.

When Title IX was passed in 1972, prohibiting gender discrimination in any school or other federally funded educational program, girls were able to participate in more organized community and school sports, and girls played in all-female teams and on some of the teams that were predominantly male.

He said many of the photos from the exhibit have been digitized and are being displayed on a laptop in a slideshow as part of the museum exhibit.

Day said local businesses, like Sims Men’s Wear and Clemente’s, were among the team’s sponsors.

“Baseball has been a popular sport, probably longer than any other,” Day said. “You go back to the 1860s, 1870s, when communities started having ballparks.”

He said baseball is uniquely American. Football, as it is played today, originated in Europe.

“There were forms of baseball even when Abraham Lincoln was a young man,” Day said. “But he became more popular after the civil war. People were looking for ways to feel better about their country and sport was a great way to do that.

He said they found some of the original Little League players, who are now in their 80s.

“We don’t expect the older ones to want to play in the old-timer game, but they will want to hang out and have a good day together,” Day said. “And then we’re having a reception in the afternoon here at the museum, on the outdoor grounds.”

He said among the memorabilia on display are championship balls signed by teams, a photo of a 1960 team that competed at the state level, vintage uniforms and merit and redemption pins.

“We hope to bring some of these champions back here,” Day said. “I think it will be fun.”

He said people who came to see the exhibition shared their stories with him.

“It goes back fifty or sixty years,” he said. “They all have great memories and they like to talk about them. I think on Saturday we will have a lot of old players who will remember.

For more information about the exhibit, the Alumni Game, and the reception, call 313-386-3137, email [email protected], or visit lphistorical.org.