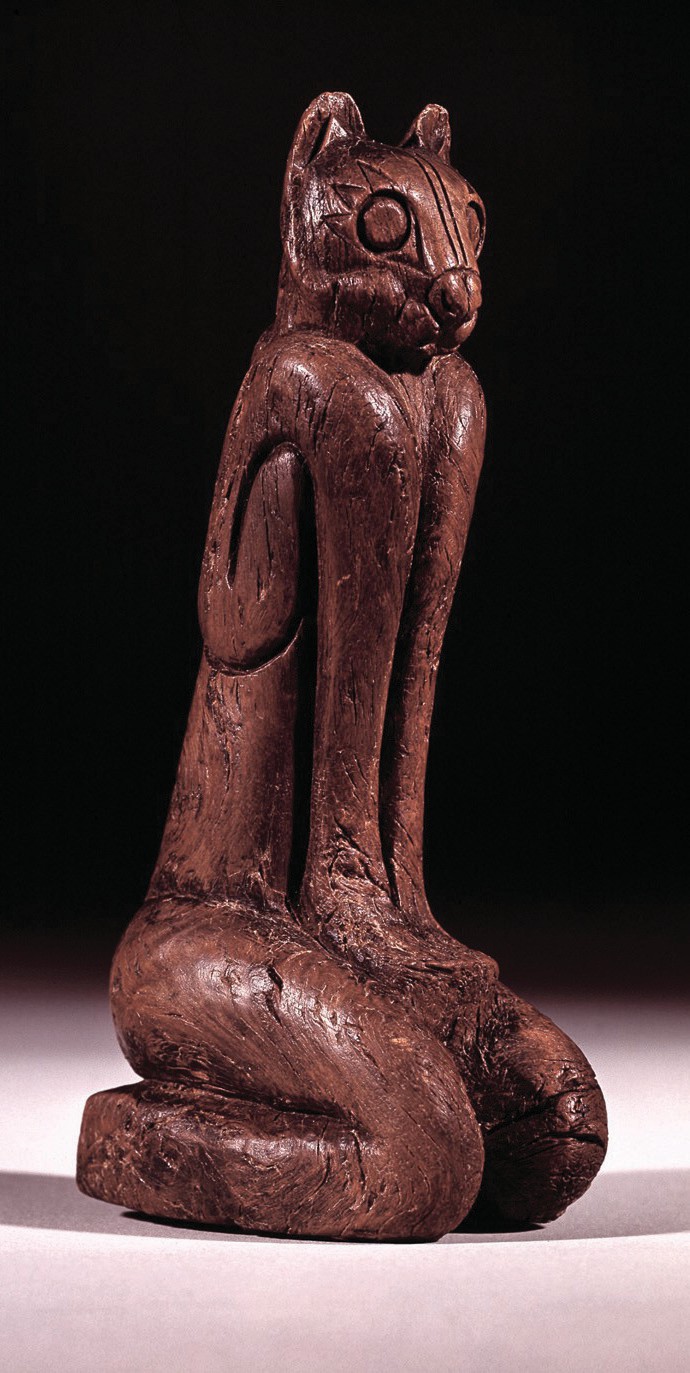 The Key Marco Cat is one of the finest pieces of pre-Columbian Native American art ever discovered in North America. COURTESY OF THE DEPARTMENT OF ANTHROPOLOGY, SMITHSONIAN INSTITUTION

Marco Island is one of the most beautiful and popular tourist destinations in the Sunshine State. But it’s so much more. For hundreds of years it has contained in its land some of the mysteries of the ancient people of the island – the Calusa and their ancestors.

In 1896, Marco Island revealed one of the most important discoveries in the history of American archeology. Smithsonian anthropologist Frank Hamilton Cushing discovered the now famous Key Marco Cat and other 500 to 1,500 year old artifacts on Key Marco during the famous Pepper-Hearst Archaeological Expedition.

These wood and plant fiber artifacts were surprisingly well preserved as they were buried in oxygen-free mud. Some were painted and their original colors were still intact.

Many began to disintegrate after being exposed to air. They would have been lost forever had it not been for the artist and expedition photographer Wells Sawyer who captured them in watercolors and photos as they rose from the ground.

Now, for the first time since their discovery, the Key Marco Cat and other rare pre-Columbian Native American artifacts discovered with it are reunited at the Marco Island Historical Museum. Additionally, a number of original Sawyer watercolors of the artifacts will be on display beginning in October.

In Art of the Dig: Wells Sawyer’s Watercolors, six original watercolors by Sawyer are on loan from the Florida Museum of Natural History in Gainesville. Additionally, 25 reproductions of Sawyer’s works from the National Anthropological Archives of the Smithsonian Institution and the Penn Museum will be part of the exhibit from October 13 to January 19, 2023.

The Key Marco Cat, a half-cat, half-human figure, is considered one of the finest pieces of pre-Columbian Native American art ever discovered in North America. At just six inches tall, the enigmatic feline has captured the public imagination for over a century and continues to intrigue all who see it.

“The Key Marco Cat in the Smithsonian Collections is an extraordinary object that speaks to the unique archaeological heritage of Key Marco and the peoples and cultures that have lived there for millennia,” notes Torben Rick, chair of the Smithsonian Institution’s Department of Anthropology. National Museum of Natural History.

“The Key Marco Artifacts exhibit is the culmination of a 25-year vision by the Marco Island Historical Society to bring these incredibly important artifacts back to Marco Island to educate and inspire people of all ages about the fascinating history of our area,” says Austin Bell, Curator of Collections at MIHS. “It took years of planning and discussions with lending institutions and the support of a public-private partnership that includes the Marco Island Historical Society, Collier County and the community.”

2022-07-21
Previous Post: A memorial will be held for the pastor of the historic church on August 7
Next Post: Key Marco Cat on display at the Marco Historical Museum until 2026