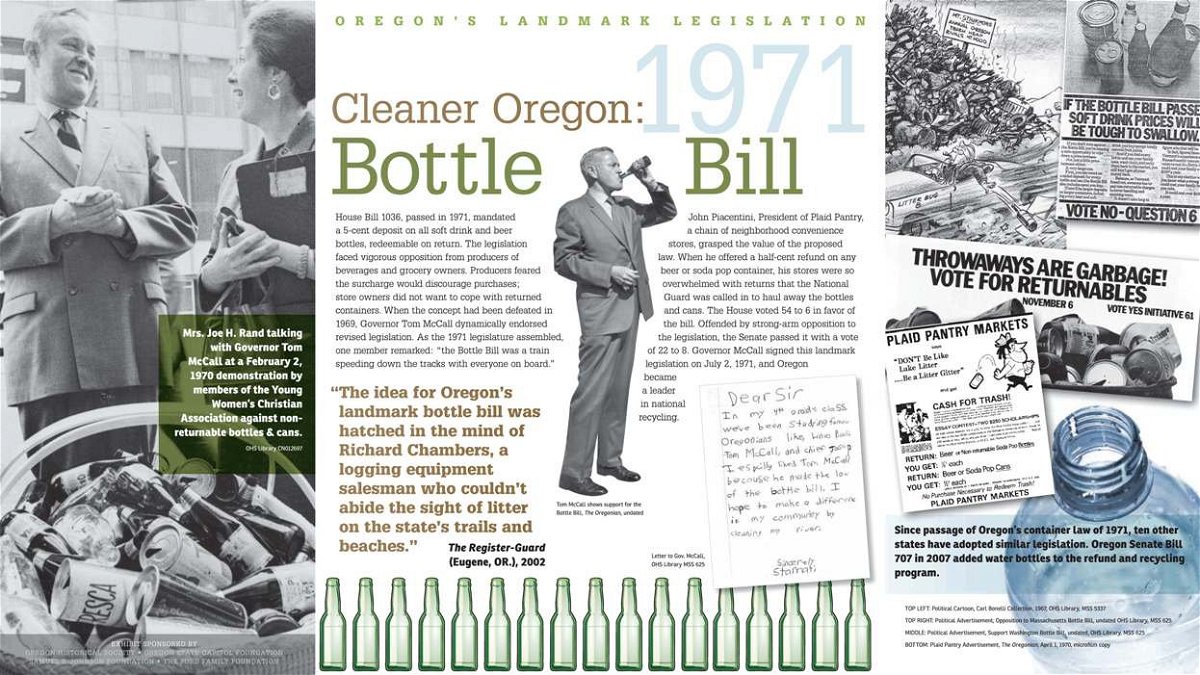 Oregon has repeatedly led the nation in creating, revising, and implementing laws that shape the quality of life for its citizens. Although Oregon’s innovations have caused controversy, they have paved the way for other states and nations.

This traveling exhibit from the Oregon Historical Society highlights groundbreaking legislation passed since statehood, either by politician, legislative action, or public initiative, that focuses on environmental issues , social and land use.

The display is complemented by artifacts from Governor Thomas Lawson McCall’s family in the museum’s collection. Governor McCall grew up along the Crooked River, graduating from Redmond High School and for whom an elementary school in Redmond is named. Considered one of the most important governors in American history, Governor McCall led some of the major pieces of legislation featured in the exhibit.

KTVZ NewsChannel 21 is committed to providing a forum for civil and constructive conversation.

Please keep your comments respectful and relevant. You can view our Community Guidelines by clicking here