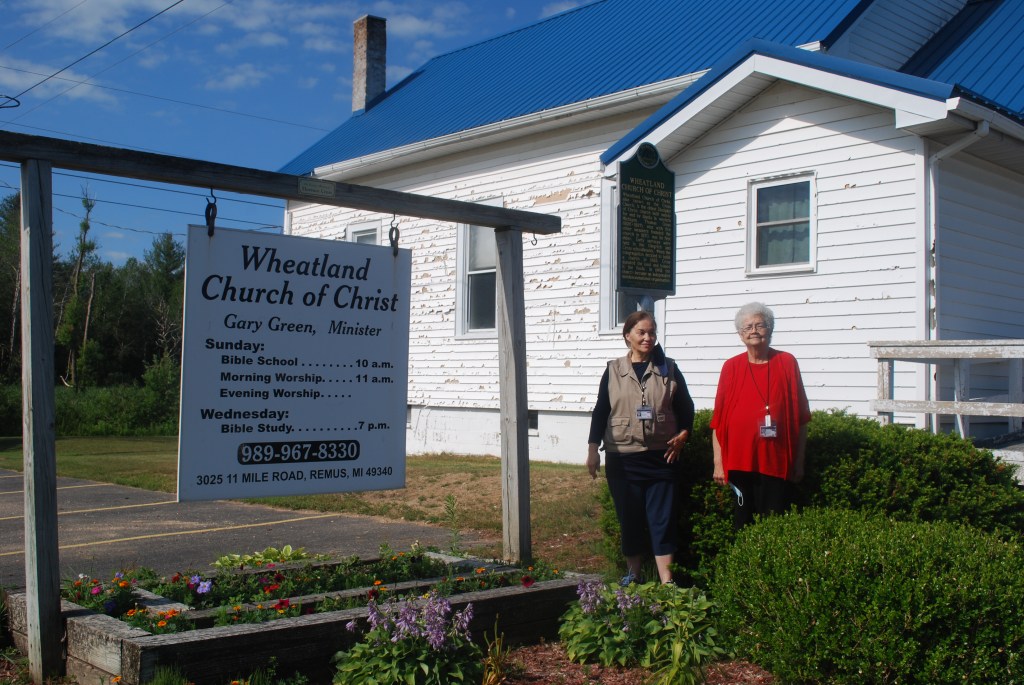 Historic church still in operation after 153 years – The Morning Sun

Second in a four-part series of stories

Gary Green has worn many hats in his adult life.

Five years ago, he retired from the Michigan State Police, where he rose to the rank of lieutenant at Mt. Pleasant, and is now director of public safety at Ferris State University in Big Rapids.

Green, who is a descendant of the original black settlers in Mecosta County, is also the pastor of Wheatland Church of Christ.

A small wooden building with paint marred by a hailstorm, the church sits on land at 11 Mile Road and M-66, north of Remus in Wheatland Township which was donated by one of the area’s first settlers, Thomas W. Cross.

For many years, members of the Cross family served as church pastors, and Green is no different. He is the great-great-great-grandson of Thomas Cross.

Also known as Cross Church, Wheatland Church of Christ is the oldest Disciples of Christ church built primarily for black residents in western Michigan, which became an independent, non-denominational organization in 1968.

It is one of four historical sites in the region that are dear to the descendants of black settlers.

While early services were held at Cross and Gingrich schools, Cross donated the land and funds to build the church, which is registered with the Michigan Department of State’s Bureau of History; a marker was placed in 1988.

To build the church, Cross, who died in 1897 and was buried in Morgan West Wheatland Cemetery, took out a mortgage to secure the money to purchase the property and build the church with the help of men from the community.

Cross got her money back quickly, largely through fundraising projects overseen by church and community ladies.

The small congregation built the present church in 1883, and Cross served as its first elder.

After Cross’s death in 1892, other members of the congregation continued.

A descendant of the “Old Settlers”, Diana and other members of the group work year-round to preserve the history of the first non-natives to reside in and near Remus – black people who migrated to Michigan before , during and after the Civil War.

As Diana puts it, the descendants of the first black settlers are “a nation within us”; the history of a community of people might have been forgotten had it not been for the efforts of future generations devoted to preserving their memories.

Norman Todd graduated in 1907 and became a teacher.

Norman Todd’s accomplishment, a rarity in its time, became known to a CMU history professor while working with the OSRW group.

Professor Jay Martin noted in CMU’s “Faculty Highlight Stories” that students in his public history class researched the “Old Settler” families of Mecosta, Isabella, and Montcalm counties and found that they were multiracial, including a mix of Black, Native American, and Caucasian lineages.

Next: School Section Lake Veterans Memorial Park was home to black settlers in the 1860s.