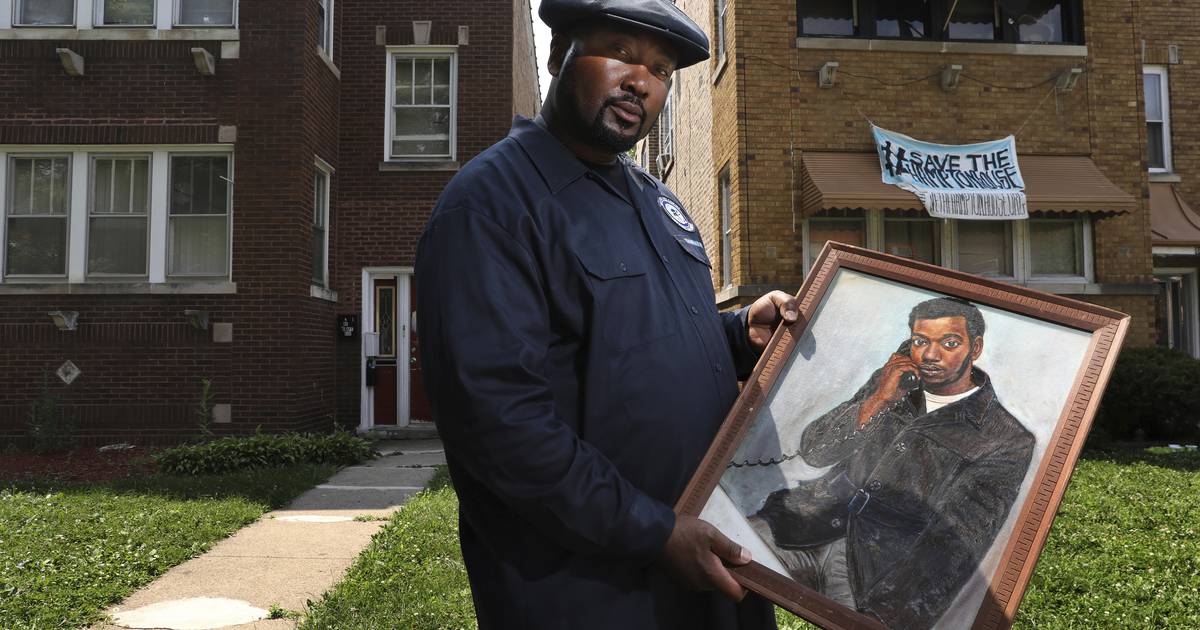 The childhood home of Fred Hampton, an iconic Black Panther Party leader who was shot and killed in a 1969 police raid on his Chicago apartment, has been designated a historic landmark.

Tuesday night’s vote follows a year-long campaign tied to “Judas and the Black Messiah,” an Oscar-winning film about Hampton and his death.

On December 4, 1969, Fred Hampton, the rising star of the Black Panther Party, was killed in a police raid on his West Side apartment in Chicago, which immortalized him as a hero of the civil rights movement. Here, Hampton, left, leader of the Illinois Black Panthers, and Dr. Benjamin Spock, right, rally with others against the trial of eight people charged with conspiring to riot at the Convention National Democrat. The rally was held outside the Federal Building on October 29, 1969. Editor’s note: There is damage to this historic print. (Don Casper/Chicago Tribune)

Hampton was sleeping in a house on Chicago’s West Side in the early morning hours of December 4, 1969, when he and fellow Black Panthers leader Mark Clark were shot during what authorities told the time was the execution of a search. warrant to find weapons and explosives.