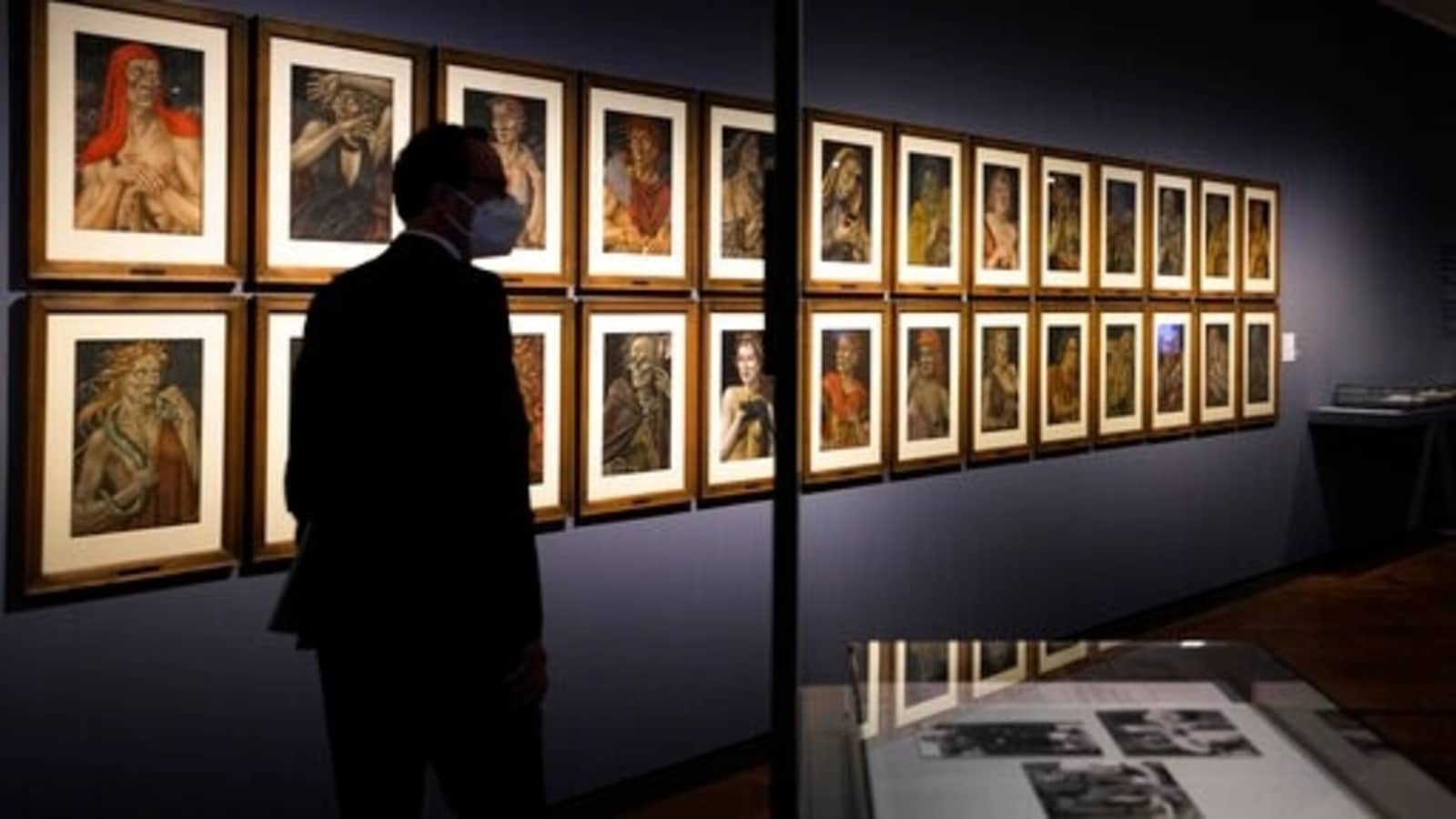 A new show examining how some of the Nazi’s favorite visual artists were able to successfully continue their work in post-war Germany is set to open in Berlin this week.

“Gifted God. The Favorite Artists of National Socialism in the Federal Republic ”opens Friday at the German Historical Museum. It traces the careers and works of many artists on a list of artists “gifted with God”, established in 1944 on behalf of Adolf Hitler and Joseph Goebbels.

In contrast, Jewish artists and those who criticized the Nazis were vilified and persecuted while their works were banned from museums as “degenerate art.”

The list of the “Divine Gifted” contained the names of more than 100 painters and sculptors who were among the most important representatives of the cultural production of the National Socialists.

They were considered so useful to the Nazi propaganda efforts that they were spared conscription into the armed forces.

Despite Germany’s aspired new start after the end of WWII in 1945 and the process of denazification, many of these artists were rehabilitated and continued their successful careers for decades.

They received lucrative commissions from government, industry, and religious organizations, taught at art academies, and were represented at exhibitions.

Their designs for statues, reliefs and tapestries in public squares or theaters have left their mark to this day on the faces of many German city centers, the exhibition shows.

“The fact that many renowned protagonists of the National Socialist art world continued to work successfully in the post-war decades mingled with the influential narrative of the art history of a new departure after 1945 “, said the curator of the exhibition, Wolfgang Brauneis.

“We shed light on this special topic from a contemporary historical perspective and thus hope to contribute to a revision of the canon of art history and post-war modern art,” added Brauneis.

It was not only in the art world that people who enjoyed power and influence under the Nazi regime were able to pursue their careers after the war in Germany. It has also happened in the justice system, government departments, education, universities and elsewhere.

At the German Historical Museum, some 300 sculptures, paintings, tapestries, models, photographs, films and sound documents – accompanied by explanations and analyzes – attempt to shed light on the Nazi and post-war careers of artists like sculptor Arno Breker. and Willy Meller.

Until the fall of the Third Reich, Breker was professor of visual arts in Berlin and official sculptor of Hitler.

Despite his close ties to the Nazis, on which he depended on patronage and goodwill, Breker was allowed after the war to design sculptures for the town hall in the western city of Düsseldorf or the Gerling insurance company in Cologne. .

Meller created sculptures for the Olympic Stadium in Berlin in 1935 and designed others for the Nazi Prora building complex on the Baltic coast – a gigantic vacation resort for German workers that was never completed.

After the war, Meller was commissioned to create sculptures for the German postal service Deutsche Post, and even made a memorial in front of the first German documentation center on the Nazis in the western town of Oberhausen.

Often, the continued display of works by favorite artists of the Nazis met with little or no resistance from the public in the early postwar years.

This perception changed only slowly from the 1960s, when the younger generations of Germany began to publicly question the atrocities committed by the Third Reich.

The “Divinely Gifted” exhibition runs until December 5 and is accompanied by tours of curators in Berlin, Munich, Düsseldorf and Vienna to discover some of the works of artists from these cities.

This story was posted from an agency feed with no text editing. Only the title has been changed.