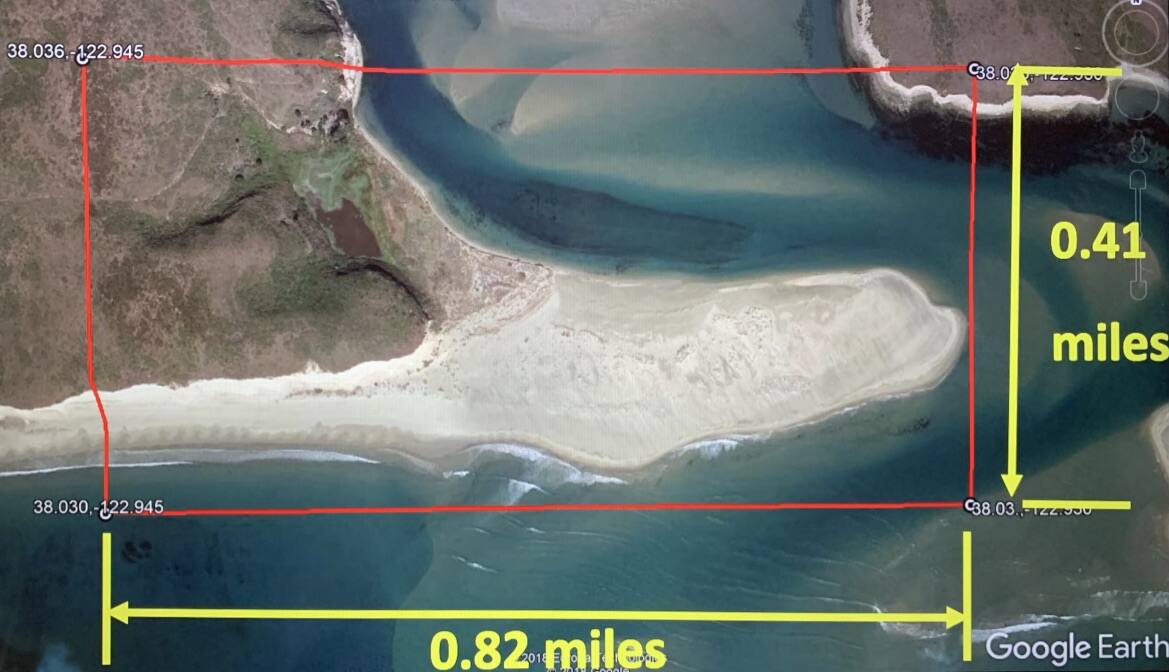 Drake was knighted by the Queen aboard the Golden Hind, and he later became mayor of Plymouth. As English vice-admiral he helped lead the attack on the Spanish Armada in 1588.

A National Park Service report at the time called it “the most likely site” of Drake’s landing in California and “an important aspect of the ongoing debate” over the location.

Mike Litterst, a spokesperson for the Park Service, said the designation “should not be interpreted as providing a final resolution to the discussion.”

Even now, none of Drake’s Cove supporters are claiming outright victory.

“This continues to settle the debate,” Wright said, calling the evidence for his claim “overwhelming.”

Those who support other sites were given the opportunity to come forward during the public comment period on the landmark 2012 and 2021 nominations and none did, he said.

Yet Wright said, “Contrary theories have come and gone, and always will be.”

Campbell Cove in Bodega Bay, with dedicated defenders outside the reach of the Navigators Guild, is one of the alternative sites.

“Almost every year someone has the idea that Drake has landed in my backyard,” said Von der Porten.

However, concerns about Drake’s role in the slave trade that flourished in his day resulted in a name change in May for Sir Francis Drake High School in San Anselmo.

It became the Archie Williams High School, named after a longtime math and computer teacher who won a gold medal as a sprinter at the 1936 Summer Olympics in Germany, along with Adolf Hitler in the gallery.

Williams, who died in 1993, then served in World War II with the famous Tuskegee Airmen, the first black military aviators in the US Army Air Corps.

A 30-foot steel sculpture of Drake was pulled last year from Larkspur Landing by the ferry terminal.

In the 1560s, Drake joined a cousin named John Hawkins on some of Britain’s first slave trading trips to Africa, bringing their captives back for sale on plantations in the Spanish Caribbean, an illegal practice under of Spanish law, according to the History television network.

The man revered as a British hero took two trips with Hawkins, Van der Porten, treasurer of the Sonoma County Historical Society, wrote in a Press Democrat Close to Home column in September 2020.

But after surviving an attack by Spanish ships at a Mexican port in 1568 – which Van der Porten described as “a Spanish betrayal – Drake’s words and deeds related to slavery changed, he wrote. .

In Panama in 1572, Drake developed an alliance with escaped Spanish slaves, and one of them joined his crew, returned to England and “chose, as a free man,” to tour the world, writes Van der Porten.

These runaway slaves helped Drake get rich, leading him across the Isthmus of Panama and showing him where to steer the Spanish mule train, according to Michael Turner of England, author of a five-book series on Drake and founder of the Drake Exploration Society, which collaborates with the Drake Navigators Guild.

“So to call Drake a slave trader is pretty rude,” he said. “It doesn’t do justice to the nuances of Drake’s life.”

In 1585, when his black messenger was killed by a Spanish soldier, Drake had two innocent brothers hanged in retaliation, and his demand for justice prompted the Spaniards to put the soldier to death themselves, the column said. by Von der Porten.

Drake wasn’t perfect, but in 16th century terms he was “one of the most decent multicultural figures” and even under “21st century progressive values ​​Drake shines,” Von der Porten wrote.