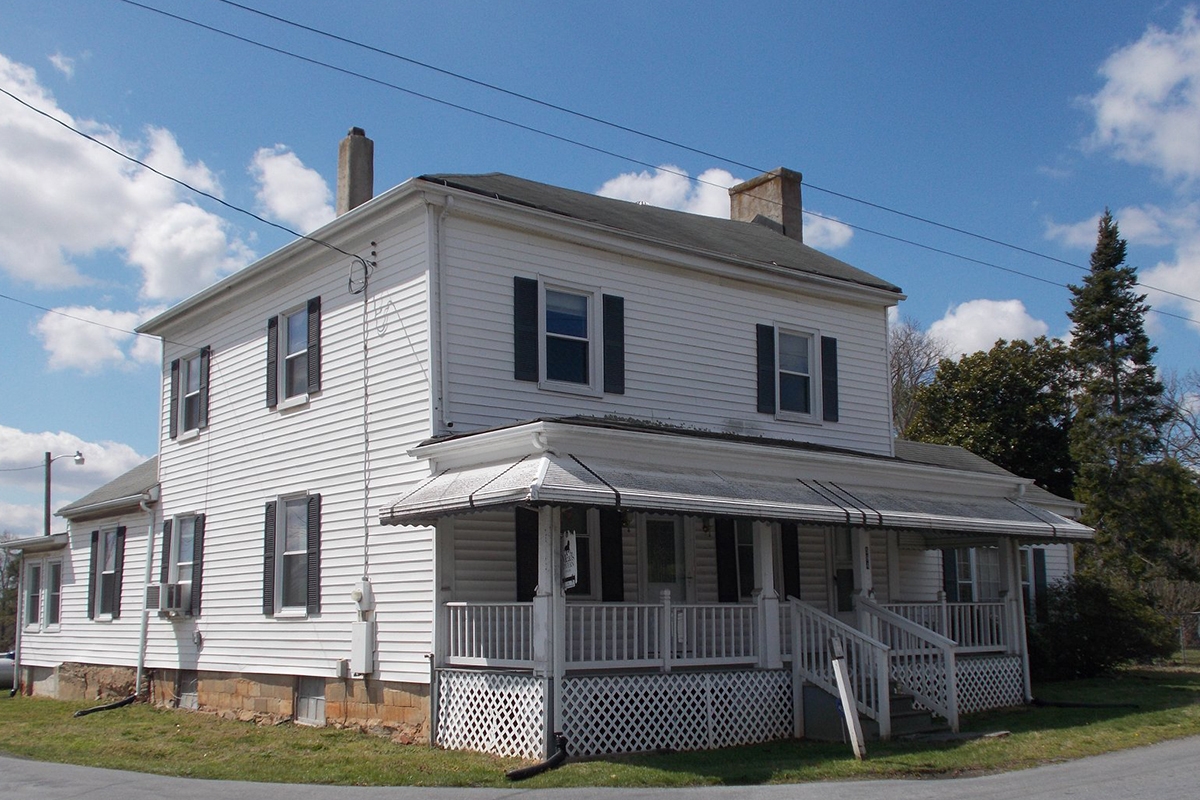 November 22, 2021: By Ryan Klinker – Office of Communications and Public Engagement

UPDATE: On November 17, Liberty was informed that Mead’s Tavern is now officially listed on the National Register of Historic Places.

The property owned by Liberty University of Mead’s Tavern, located in the neighboring historic community of New London, was recently added to the Virginia Landmarks Register (VLR) by the Virginia Department of Historic Resources.

Located about 15 minutes from the Liberty campus, Mead’s Tavern is a two-story structure built in 1763 that once served as a regular venue that provided meals and overnight accommodation for travelers. The building was later converted into a school and doctor’s office before becoming a single-family home in the 1820s. It is the oldest standing structure in Central Virginia.

In his announcement Recognizing Mead’s Tavern, DHR said the property “offers a glimpse into the commerce of an 18th century community and tavern establishment” and “retains a substantial amount of historic buildings and the integrity of the workmanship.”

According to Liberty’s director of public history initiatives Donna Davis Donald, who led the university’s work to preserve history and restore New London properties, this designation as a Virginia monument is a step towards the addition of Mead’s Tavern to the National Register of Historic Monuments. Places.

“Achieving this recognition for this property elevates its status as a historic site and improves our chances of grant funding for further research and preservation. History students have been involved with curators every step of the way and will continue to benefit from the practical opportunities that arise in the restoration of the site. We are grateful for the continued support and guidance of the Dean of the College of Arts and Sciences, Dr. Roger Schultz, throughout these years of research.

Since the purchase of Mead’s Tavern in 2015, the site has become a living history laboratory for students in the history department. They have been involved in ongoing excavation and restoration projects in association with the local nonprofit preservation group Friends of New London and local archaeologists. Students helped unearth thousands of household and architectural artifacts from the 18th and 19th centuries. A search of his basement also uncovered the remains of an original corner fireplace that was removed and replaced in the early 1800s.

“The artifacts provide a better understanding of the complexity of life on the Virginia border during the late 1700s,” the DHR announcement said.

Mead’s Tavern was one of eight historic locations added to DHR this month.

After approval of Mead’s Tavern by the Virginia State Review Board and the Department of Historic Resources, the nomination is forwarded to the Custodian of the National Register of Historic Places for final approval. Once the property is listed, which will happen in the next few weeks, Liberty University will make an official announcement and install a plaque noting the designation.

The public will have the chance to tour Mead’s Tavern as well as the Liberty-owned Bedford Alum Springs Hotel and other New London properties on October 2 during New London Day, an annual community festival celebrating the history of the city of Virginia central. The event also serves as a showcase for the ongoing work being done by Liberty students to study and preserve the city’s rich history.

“New London Day is a great opportunity for students to share what they are learning with the community and to give our visitors a more in-depth look at sites such as Mead’s Tavern and the historic African American Church in New London” said Donald. Visitors also have the opportunity to enjoy live music, children’s activities, historical reenactments and much more.

Mead’s Tavern is the second university property to be recognized by the Department of Historic Resources. The Montview Mansion on the Liberty campus (now called Montview) was named to the National Register of Historic Places in 1987, the nomination being drafted by the late president of Liberty history, Dr. Cline Hall. Built in 1923, the house was originally owned by former Treasury Secretary and US Senator Carter Glass, best known as the co-founder of the Federal Reserve. Liberty acquired the house in 1977, and it housed the office of Reverend Jerry Falwell, founder of Liberty, from 1990 until his death in 2007.