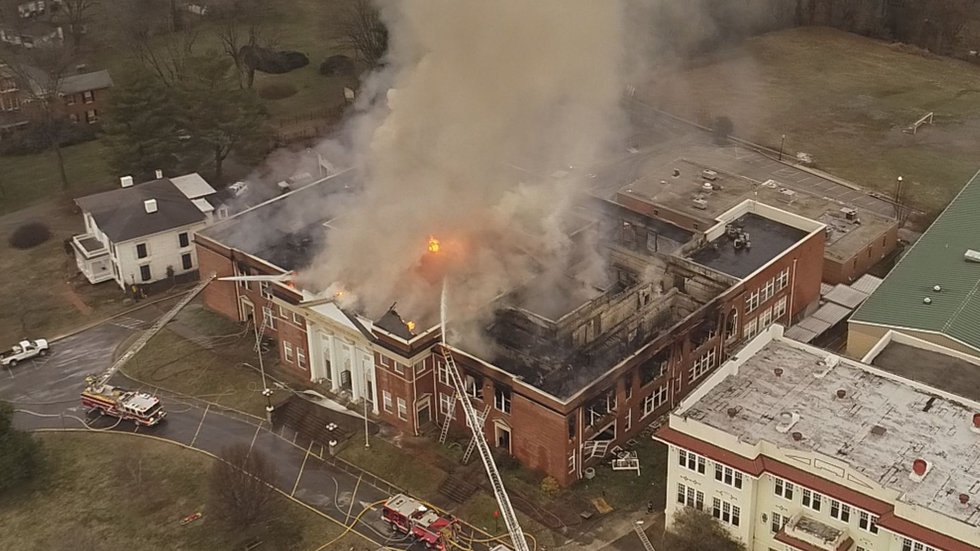 The 1929 edition of the Bedford High School yearbook features a photograph of what was then a brand new building.

For more than 90 years, the brick structure with Greek columns sat on top of a hill at the corner of Longwood Avenue and Peaks Street, occupying a prominent place in the lives of the people of Bedford as an elementary school, intermediate and secondary.

“This morning I compared the loss of this school to the loss of Notre-Dame de Paris,” said Steve Rush, the mayor of Bedford. “That’s what it meant to the people of Bedford.”

Rightly so, says Rush, a portrait of Notre Dame was one of the few items recovered from the school unharmed.

Much like what happened to the French Cathedral, the fire that destroyed the Bedford School has erased some of its most iconic elements, such as its dome.

Seeing the building in its weathered condition was difficult for Rushie Wooldridge, who spent 46 years directing traffic outside the school as a crossing guard.

“I wanted to cry,” Wooldridge told WDBJ7. “I didn’t like it. I wanted it to look pretty the way it always has been.”

Like when students were studying on the lawn, learning from a favorite teacher in the classroom, or attending a community event in the auditorium.

“The musicians say it had some of the best acoustics of any building in the area,” Rush said.

On the last page of the last Bedford High School yearbook in 1964, there is a silhouette of the old school with the words “Only a majestic memory remains.” a reflection of what the people of Bedford think of the school as it is now.

“Hopefully we can clean it up and go back to what we were originally going to do,” Rush said.

2020-01-23
Previous Post: Christmas 2019: After 35 years, the historic church bell rings in Shimla!
Next Post: Opening of a historical museum in the Jewish city of Azerbaijan