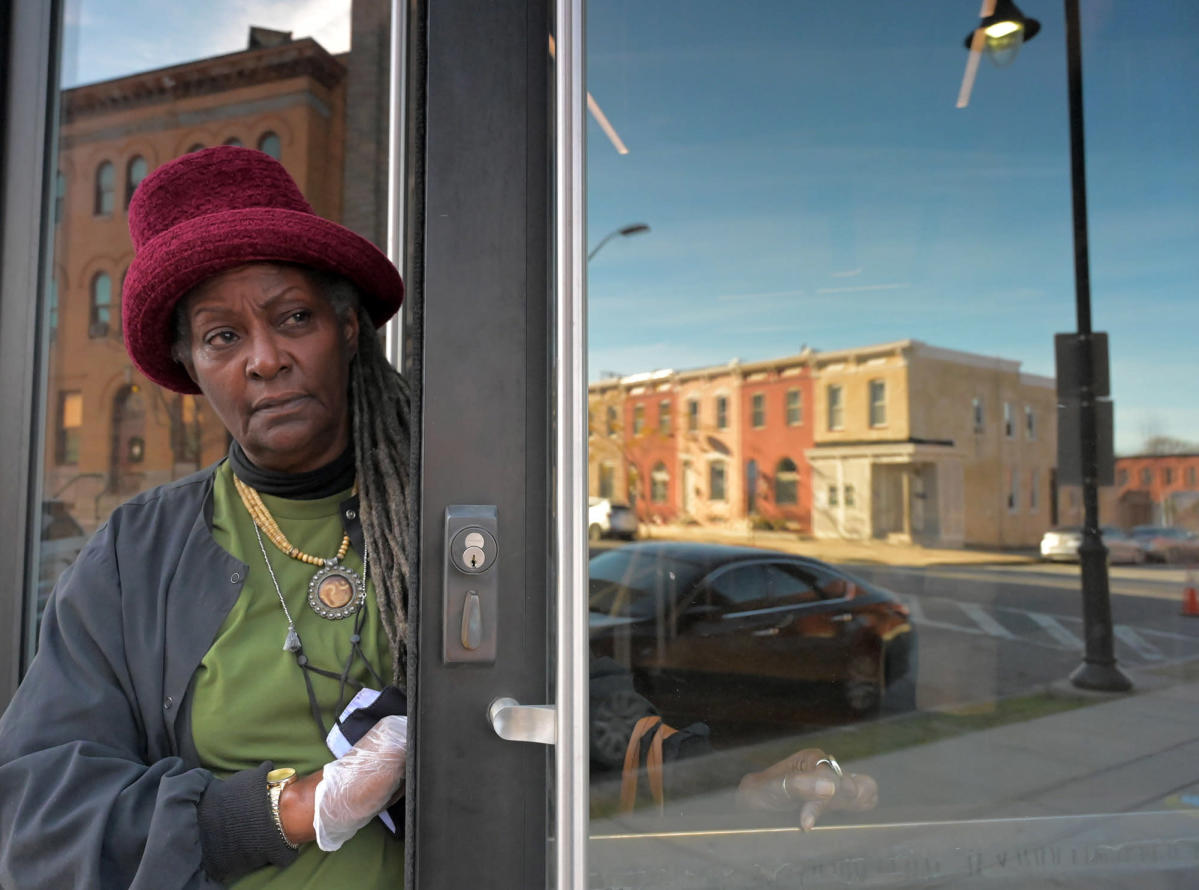 After nearly 3 decades in the making, a new historical museum will tell the story of East Baltimore

BALTIMORE — The old black-and-white photo taken in the 1930s shows dozens of children crammed side by side on a raised outdoor platform that served as a bathhouse.

The youngsters’ arms are raised skyward and they are drenched by five showerheads placed directly above them. Their clothes – mostly bloomers and old-fashioned blouses – cling to their bodies. Some boys and girls stare directly at the camera, while others wrinkle their faces. The puddle at the base of the platform is so deep it almost captures their reflections.

“It’s a wonderful image,” activist Roxcelanna Redmond (known as Nia) said, almost to herself, as she surveyed a wall of photos that will be on display in the new historic museum in London. East Baltimore. The snapshots are a mix of images from the late 1930s. Many, like the bathhouse, were originally published in the American newspaper The News.

“The kids in this photo are embedded,” Redmond said. “It was unusual at the time.”

The library, which opens in April in three historic old townhouses on the 2100 block of Ashland Avenue, is the culmination of nearly three decades of work to preserve the history of a neighborhood demolished in the late 20th century. century for an urban renewal project. At a dedication ceremony in December, Democratic Mayor Brandon Scott said he was impressed that the facility documents a history that includes “the lived experiences of our longtime residents.”

Their memories, Scott said, are instrumental in developing “our shared vision for a better and brighter future for East Baltimore and all of our communities.”

Redmond, 70, grew up in the Middle East neighborhood; she said that in the late 1930s her parents operated an ice cream parlor on North Gay Street and later a grocery store on East Preston Street.

“East Baltimore used to be a good, safe place for families to raise their kids,” she said.

But the neighborhood fell into disrepair following the 1968 riots. In 1992, then-mayor Kurt Schmoke and city council approved redevelopment plans to create a mixed-use, mixed-income community. But the renewal project comes at a high cost: the compulsory acquisition of 2,000 properties through the city’s prominent powers and the relocation of around 750 families.

Instead of opposing the redevelopment, Redmond said she decided to focus her energy on recording the legacy of the people she had known all her life.

“Twenty years from now, someone might want to know the truth about who we were,” she told officials during that hearing. “And no one will tell our stories better than us.”

Redmond’s plea caught the attention of former state delegate Hattie N. Harrison. In 2012, Harrison led successful legislation to secure a $250,000 grant to establish the library on the campus of the Henderson-Hopkins School, which is owned by Johns Hopkins University.

Renovation began in February on the facility, which is supported by the university and East Baltimore Development Inc.

The 2,000 square foot museum includes galleries and exhibits and space for lectures and small performances. After the building opens in the spring, Redmond plans to offer workshops on genealogy, family scrapbooks, storytelling and theater presentations on historical themes.

Hopkins President Ronald J. Daniels said at the ribbon-cutting ceremony that the library will connect East Baltimore’s past to its present by affirming “the identity and aspirations of those who have lived here, who live here now and who will live here in the future. ”

Plans include involving existing neighborhood residents in the facility with an annual Grandparents Day, a Steelworkers Legacy Luncheon and a photography program documenting the stories of East Baltimore seen from the perspective of City Springs Elementary School students.

Although the collection is still being assembled, some objects that have already been installed evoke what University of Maryland history professor Joseph L. Arnold described in the dedication program as “people quietly heroic people who have struggled and worked to make a good life for themselves and those they love.

A colorful quilt created by neighborhood residents as a tribute to the pioneering black women of East Baltimore is prominently displayed on one wall.

Sewn into the fabric are photographs of icons such as jazz singer Billie Holiday, medical research pioneer Henrietta Lacks and Mary Elizabeth Lange, founder of the Oblate Sisters of Providence.

The quilt represents “the stitching up of old wounds,” Redmond said.

Once the museum is open, visitors will be able to hear the voices of neighborhood residents at oral history listening stations. They can also peruse five dozen neighborhood “family albums” written by residents and displayed along a back wall. The books have titles such as “Letters to a Young Girl” and “Because We Are, and Because We Are, I Am”.

“I remember waking up at home and smelling bacon cooking and hearing my mom sing,” she wrote. “People called her ‘Mahalia Jackson’, especially when she sang ‘Move on Up a Little Higher’.”

And in “Inner City Blues,” author Daniel McCoy describes how he triumphed over a senseless attack.

“I was supposed to go into the Marines with a high school buddy,” McCoy writes. “After being assaulted over a woman I had no sexual interest in, the incident was life changing. Even though the stab wound was near fatal, I didn’t let it stop my progress.

Redmond doesn’t consider himself the kind of person who cries in no time.

But when she walks through the front door of the beautiful museum with exposed brick walls and modern technology, when she stops to examine a harrowing black-and-white photo from 1938 of the costumed and seemingly prosperous members of a long disbanded branch of the Republican Club, it tears.

“I became such a mourner,” she says. “I think of all the seniors who left, all the old timers who told me their stories from East Baltimore. I did it for them.