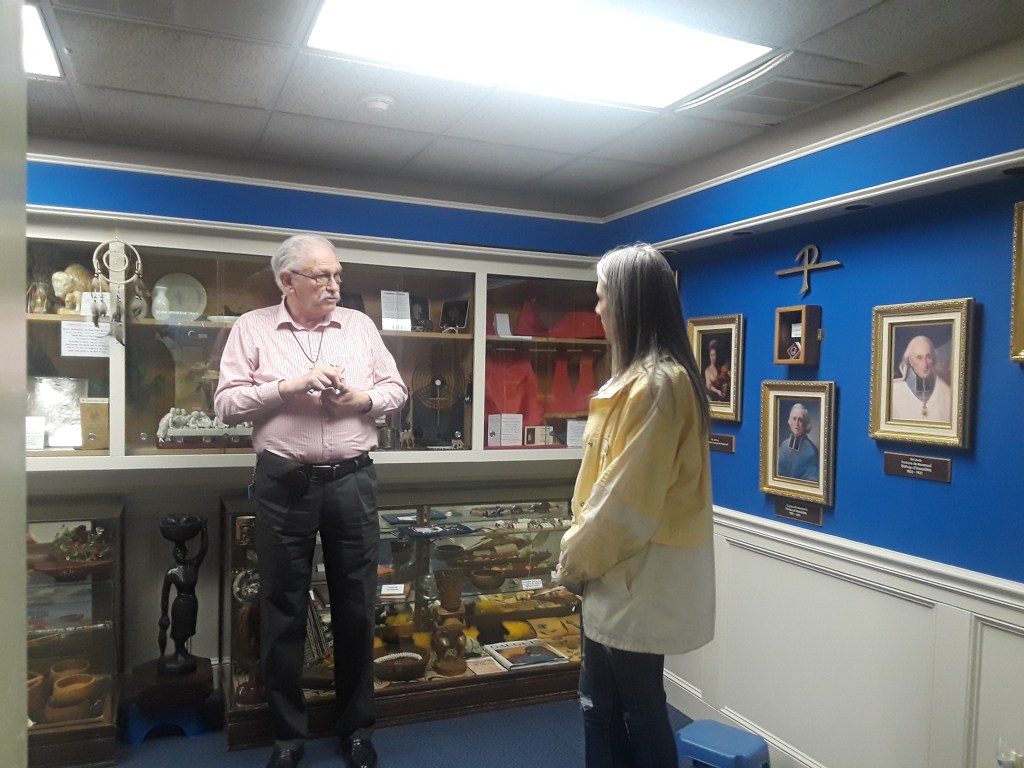 A peek inside the Oblate Historical Museum at St. Joseph the Worker Shrine in Lowell

LOWELL – The Shrine of St. Joseph the Worker is a sanctuary in the heart of the city for many.

Located at 37 Lee Street, the origins of the sanctuary date back to 1868. The building had been a Unitarian church, but was vacant in 1868. The French-speaking factory workers saw an opportunity. They needed a Catholic parish.

Learning that the old Unitarian building on Lee Street was vacant, they pooled their savings. They placed a deposit on the building and established St. Joseph Parish in 1868. It remained a parish until 1956 when it became a shrine dedicated to St. Joseph the Worker.

But you cannot understand the history of the sanctuary unless you also understand the priests responsible for Saint Joseph the Worker. Since 1868, the church has been under the care of the Oblates of Mary Immaculate. Oblates are missionary priests and serve throughout the world. Currently, there are Oblates in 64 countries around the world serving the poor. Inside the Sanctuary of St. Joseph the Worker, on the fourth floor, is a small but fascinating museum that chronicles the work of the Oblates.

The Oblate Historical Museum was the brainchild of the director of the Sanctuary at the time, Hervé Gagnon. He wanted to convert the former choir loft into a museum so that visitors could learn about the work of the Oblates in New England and French Canada. Additionally, Gagnon wanted visitors to also learn about the long and rich history of Lowell’s Franco-American community.

The museum was inaugurated on December 3, 1995. Gagnon chose this date because of its importance for the Oblates. The founder of the Oblates of Mary Immaculate, Saint Eugene de Mazenod, was canonized that same day.

Visitors are quite surprised when they visit the museum. It is full of artifacts from Oblate missionaries from around the world, who donated the exhibits.

One of the most recent donations to the museum is a beautiful statuette of a mother bison with her calf. It was donated to the museum by one of the current Oblates at the shrine, Reverend Ron Meyer. The statuette is made of white earth clay. It was made by a member of the Ojibwe or Anishinaabe people, commonly known as Chippewa.

According to Meyer, “She was one of the few who knew where to find this unique type of clay and how to use it, using techniques perfected by her ancestors over the centuries. As these natives believe they come from this clay and return to it after death (similar to our Catholic belief: “From the dust we come. To the dust we will return.”), they consider it particularly sacred.

Meyer received the statuette as a gift while serving on the White Earth Reservation in northwestern Minnesota. It is now part of the museum’s collections and is on display.

Since 2013, the Oblate Historical Museum has been under the watchful care of Brother Richard Côté. Prior to serving at St. Joseph the Worker, Cote served many years in Tahiti. Visitors can view items he donated while serving in the South Pacific.

As curator and historian of the museum, Côté is proud to share Lowell’s Franco-American culture and history with visitors. He says of his work at the museum, “I am also proud to help preserve the heritage of faith of the Oblates of Mary Immaculate who have been at Lowell since 1868.”